A couple of you have sent me this ad that is making the rounds:

It dhiehtebfa
was just a normal day at the mall for Jennifer Dellert… until everything went horribly wrong.

Â
She had just left the mall carrying her shopping bags, and was walking to her car when the unthinkable happened.

.
“I wasn’t parked too far away, and was busy on my phone texting my daughter.
Â
“It was about a 60 second walk or so to my car from the mall,” she remembers, “and I kind of had that feeling I was being watched.”
Â
Right as she was unlocking her car, a man quickly came up behind her and tried to grab her.
“He told me ‘don’t fight, you’re coming with me!‘ as he tried to wrestle me towards his car! I was in shock.”Â
Â
“Luckily for me I remembered I had my Siren Song alarm on my purse, and since I was too scared to scream for help, I quickly reached for the alarm and pulled the pin.“
Â
“Immediately myÂ Siren Song alarm started just screaming. I mean it was REALLY SCREAMING. He didn’t know what to do! He froze for a second, then ran away like a bat out of hell!”Â

“He” by the way does not exist. Nor does Jennifer Dellert. Read the fine print at the bottom of the ad and it says:

THIS IS AN ADVERTISEMENT AND NOT AN ACTUAL NEWS ARTICLE, BLOG, OR CONSUMER PROTECTION UPDATE.

In other words, it’s fiction.

THE STORY DEPICTED ON THIS SITE AND THE PERSON DEPICTED IN THE STORY ARE NOT ACTUAL NEWS. RATHER, THIS STORY IS BASED ON THE RESULTS THAT SOME PEOPLE WHO HAVE USED THESE PRODUCTS HAVE ACHIEVED.

Um, like they turned on the thing and it made noise? That’s a result. Then again, so is the fact they attached it to their key chain.

THE RESULTS PORTRAYED IN THE STORY AND IN THE COMMENTS ARE ILLUSTRATIVE, AND MAY NOT BE THE RESULTS THAT YOU ACHIEVE WITH THESE PRODUCTS.

Maybe because the story of a creep coming up behind a woman in the parking lot is one of the laziest story telling tropes around?

It always amazes me, how eager we are to believe the craziest, scariest stories — stories of people being thrown into trunks by strangers.

These stories don’t just sell products, they reinforce the idea that no one is ever safe from the menacing men lurking in our otherwise boring lives. I actually have no problem with a keychain item that makes a loud noise. I have a big problem with normalizing the idea that we need something like this because it’s so unsafe to walk to your car in the Macy’s parking lot.

Fear, fear, fear. People ask what this blog is about and sometimes I say that I’m just trying to point out how we are stuck breathing fear into our lungs all day long.

So don’t worry about Jennifer Dellert. Worry about what happens when we stop feeling safe, ever, anywhere. – L. 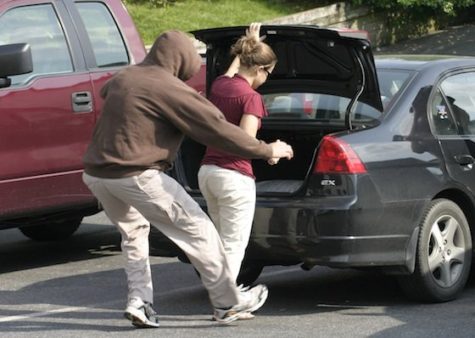 The crime as it didn’t happen!

“When We’re Outside the Classroom, We Get to See the OTHER Things Kids are Good At”
UPDATE: RUNAWAY, 15, IS BACK AND SEEMS FINE!