Hi rafbyrthnk
Folks! A new development on the safety front to  ponder o’er the weekend! – L

Dear Free-Range Kids: A few weeks ago, my daughter’s girl scout troop was invited to a sing-a-long with other troops, and they would have s’mores. There was a bubble on the form telling parents not to worry… the s’mores will be campfire-free and made with graham crackers, chocolate and marshmallow fluff. Really?!?! She’s in third grade. I remember in first grade making sit-upons (and roasting my own marshmallow), second grade the rolled newspaper and wax fire starters (and roasting my own marshmallow) and third grade was the big year you got to be the pyromaniac… I mean fire-starter. — Was’more Fun Back Then 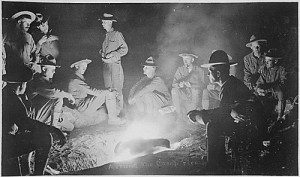 The Kid Takes the City Bus (and Sparks a Revolution)
Help This Mom Fight New School Rule: NO RUNNING AT RECESS