Readers — Sometimes I can’t believe how hard it is for kids to find anyone to play with outside. Â Some days my sports-loving son, now 15, still comes straight home, only because all the other kids were doing that, too.

So — here’s sfdnnaznty
an alternativeÂ you might want to try:Â Rather than relying on parents to spontaneously let their kids go out and play (which I hope will happen again some day), a Florida parent has started organizing “Good Time Sports” every other Sunday at a local park. Kids come and play casually organized games. Â Parents pay $10, which goes for food and expenses.

Now I know — $10 isn’t peanuts, and why do kids need anything other than a ball and each other? But it still seems like a great alternative to a super-organized sports program, or sitting at home on a beautiful day.

WHERE YOU COME IN

If this sounds fun to you, why not share your location and an email address in the comments section, below? Tell folks what day and time you’d like to organize a Free-Range Sports Day! If and when you get something going — I sure hope you do — send pictures! – L 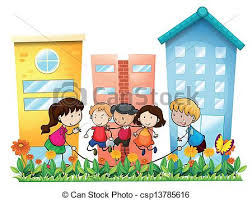 Through the Lookingglass
All Hail Wendy Mogel’s “Overparenting Anon” List