November 10, 2015
.
UPDATE: rsieardktk
Here is an email address to write to the US Sentencing Commission:Â public_comment@ussc.gov.
.
You’ve probably heard of this incident by now: 100 or possibly even more teens and pre-teens busted for sexting in Colorado. This is hardly an isolated incident. Teens. Phones. Cameras. As if we couldn’t all guess what wouldÂ happen.
The only ones who don’t seem to get it, yet, are the approximately 30 states where the legislators have still not amended the laws to recognize sexting is not child porn. The plea for more rationality AND compassion, below, comes to us from Diana Green, a social justice advocate inÂ Brighton, NY, especially concerned about Â barriers to employment.Â – L.

by Diana GreenÂ
.
LastÂ  week, more than 100 Canon City, Colorado, high school and middle school students, some as young as 12, were implicated in a â€œsextingâ€™â€ scandal for taking and sending nude photos of themselves and schoolmates.
Â .
That’s about 10% of the entire population of the high school.
Â .
Possession and transmission of nude photos of children under 18 is child pornography, a criminal offense. Most of the students are minors, and hopefully will be classified only as â€œvictims,â€ not perps. But the few over 18 may face charges. As District Attorney Tom LeDoux told reporters, â€œWe will review each case on an individual basis. It is possible that students will have to register as sex offenders.â€
Â .
Note that a kid one day under 18 may incur no penalties.Â  A kid one day over 18 has his life ruined, facing possible prison time, and/orÂ years on the dreaded registry.
Â .
The problem is this: The sex offender laws in this country were designed circa 1995, during a period of national paranoia about child abduction and serial killers. They were bad laws then, but they are worse now, because they have not kept up with technology and social norms. Of course we don’t want our kids sexting. But if 10% of kids at least at one school are doing it, should we be criminalizing what appears to be just plain dumb adolescent behavior? Criminalizing it this harshly? Rather than keeping our kids safe, this “For the safety of the children!” law has ensnared them.
Â .
And it is about to get even worse.
Â .
The United States Sentencing Commission is currently preparing new sentencing standards that will classify possession and transmission of photos of naked kids as a “crime of violence.” If this passes, sexts will be evidence of a violent crime. It’s possible that even the 12 year olds in a case like this could then be charged with felony offenses.
Â .
Let’s not allow our sex offender laws to get even more draconian. Protest this change. Write to:
.
The US SentencingÂ  Commission
Public Affairs
One Columbus Circle N.E. Suite 2-500
Washington D.C. 20002-8002
.
The kid you save may be your own. 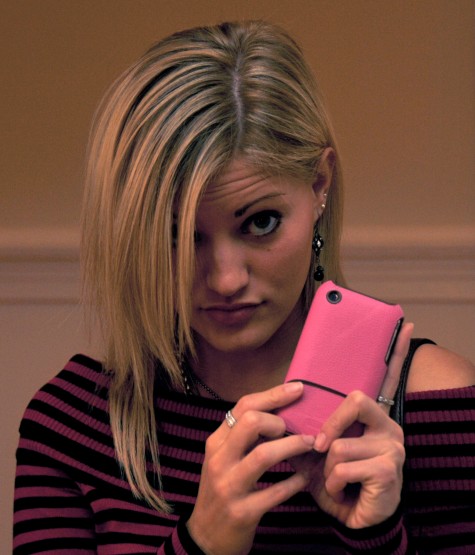 Parents Arrested for Letting Kids, 7 and 9, Play (Not Swim) on Beach for an Hour
“A Man Photographed My Kid at the Playground” “Smash Him in the Face!”

68 Responses to UPDATE: Teen Sexters are Not Child Pornographers