Hi zhzibidyby
Readers — This letter to the editor of the News Journal in Longview, TX, Â made me sad AND sick. Mostly I am disheartened by the way we so easily jump to the idea that if there’s a male near a kid, there’s something suspicious about the male. – L.

An open letter to the person who called police on me at the water park:

I would like to say I donâ€™t have any hard feelings toward you but, unlike you, I try to be honest. Iâ€™m working on it because hard feelings only hurt the one who holds them. And I donâ€™t need the stress. I had a heart attack and open heart surgery awhile back.

You may remember seeing me at Kidsview water park Sept. 22. I brought my grandson to play in the water. For some reason you profiled me as a child predator and called the cops. I read in the police report you told them I parked in the â€œbushes.â€ There are no bushes in the area of the splash pad. You also accused me, according to the report, of acting â€œsuspiciouslyâ€ with the children. Lie No. 2. The only person I interacted with in any way was my grandson. Thatâ€™s it.

I see why you had to lie. Who would consider a senior citizen walking in the park a cause for police action?

I was coming back toward the pad when I noticed four police vehicles in the parking lot and four LPD officers converging on me. Since I knew there was no reason for me to require police attention I panicked and thought something had happened to my grandson. The adrenalin started the angina (severe chest pain) and the officer told me why he was there. Someone had reported me as a pedophile. That was you.

At that point it was a struggle to stay on my feet, between the angina and the shakes…..

Here’s the linkÂ  to the rest of the letter (it’s the last one on the page). And my heart goes out to the writer, Leroy Wolf.Â 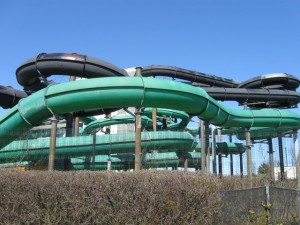 For a grandfather being taken for a pedophile, it’s not just water under the bridge.