AÂ reader emailed us this Marie Claire article going viral, “Inside tsrtdzdiea
the Growing Movement of Women Who Wish They’d Never Had Kids.” She thought that part of the reason these moms are so unhappy could be the overwhelming pressure we put on them. Maybe if no one was shaming (or arresting) moms for not watching their kids literally 24/7, they’d feel less stuck.

This is not to say that mothers had it easier in other eras. They’ve always had to do so much. It’s just that today, there’s a level of hypervigilance that can be oppressive.Â So Sarah Treleaven writes:

It’s a huge taboo, admitting this kind of thing, but there’s a growing and largely ignored group of mothers all over the world who are confessing their regret over having children…Â The movement got its (arguable) start nearly 10 years ago when Corinne Maier, a French psychoanalyst, writer, and mother of two in Brussels, wrote candidly about her own regret inÂ No Kids: 40 Reasons Not to Have Children. … The book was described by reviewers as “a selfish and cathartic display” and “incredibly distasteful.”

But as often happens when one person gives sudden voice to your secret inner turmoil, more women began toâ€”timidly or boldly or bothâ€”step up to the mic.

You can love your kids and hate the fact that someone will think ill of you for not unbuckling your sleeping toddler and dragging him into the dry cleaner with you. And you can love a whole brood, and still wish you didn’t have to drive everyone to a different activity every weekend, each with a specified snack. Most people don’t actually regret having their kids, of course. But we forget how much helicoptering is baked into the system today. I keep hearing from moms whose schools won’t dismiss the kids unless an adult will escort them home.

Here in the U.S., a lot has shifted professionally in the last few decadesâ€”women are now expected to lean in both at work and at home, never missing a board meeting or ballet recital. A 2015 study found that American mothers now spend 13.7 hours a week with their children, compared to 10.5 hours in 1965â€“even though a significantly larger percentage of mothers also now work outside of the home. The combination, for many, is exhausting.

Today’s young adults have witnessed this growing up, and are reacting:

Younger women are wising up and planningâ€”or, perhaps more accurately, not planningâ€”their families accordingly. Millennials just don’t want children as much as previous generations did: A 2012 survey from the Wharton School of the University of PennsylvaniaÂ found that just 42 percent of students planned to have children, compared to 78 percent from a similar survey in 1992. The change is actually already happening: In 2015, the number of live births in this country fell to the lowest number on record. Americans, it seems, aren’t as interested in parenting anymore.

This is just shocking. I’m sure there are a million reasons our birth rate is going down. But it is possible that our culture of worst-first thinking, of Â forcing parents to prepare for every possible risk, no matter how small, is not something people are eager to sign up for. Even people who don’t regret having their kids. – L. 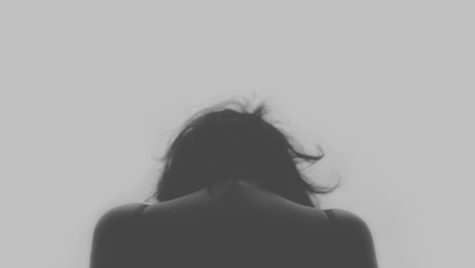 Are the helicoptering demands of modern motherhood just too overwhelming?

64 Responses to The Growing Movement of Moms who Regret Having Kids: Are the Demands of Helicoptering Too Great?