Voila akhkyatrth
a wonderful sign and wonderful way to ring in a New Year! Sent to us by a guy named Marty: 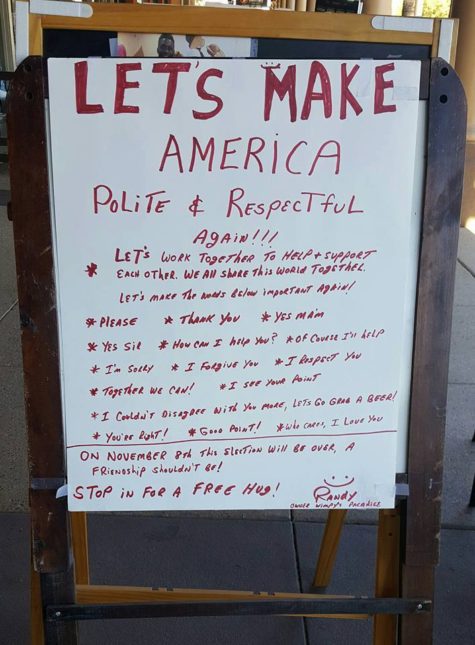 And one more: Of course you kids can go out and play! We’ll keep an eye on them!Â

In case you couldn’t read the sign, some highlights are:

Let’s work together to help and support each other. We all share this world together. Let’s make the words below important again!

*How can I help you?

*I see your point

*I couldn’t disagree with you more. Let’s go grab a beer!

That one is my favorite. It’s way too easy (and even encouraged) to look down on — or hate — people who don’t share our opinions. But when we try to connect instead, wow. It is an amazing, electrical feeling — a jolt of hope.

So here’s to a year filled with those joy-recharging connections. – L.

and while his wife was in the restroom my brother got up to grab a waiter's attention. "Anyone could have taken him!" his wife said, friendship, make America, sign, yes sir

Boy, 5, Accidentally Walks to School on a Saturday Morning, While Dad Sleeps In. Cops Come Calling
When A Legitimate Movement Goes Overboard

18 Responses to The Homemade Sign that Knocked My Socks Off