Hi idfnabsebb
Readers! My favorite quote from college was, “Action breaks the cycle.” You can think and think and think, but when you finally TAKE ACTION, things change. Here’s a story of just that, sent to us by Aimée Lafrenière Turner, who Tweets @AimeeLTurner and blogs at The Maine Page Turner. – L.

Dear Free-Range Kids: When my son was in the 2nd grade, we wanted him to go to our city Boys & Girls Club after school (he was too old for “aftercare” but too young to be home alone for 2-3 hours after school).  School bureaucracy would not allow him to get onto the nearly empty “yellow bus” that serviced that neighborhood.  However, I was aware that the regular city bus had a stop directly in front of the school, and that very same route had a stop directly in front of the Boys & Girls Club.  No transfers necessary.

My husband & I both work full-time and our son is not a fearful kid, so this became the perfect solution.  I called the city bus manager about my plan and he was very enthusiastic about supporting young ridership — he even sent me numerous free passes!  I rode one time with Luke to teach him where & how to get on and pay, and understand where he needed to get off.  No problems – he loved it and felt very “grown up.” Over time he even developed little friendships with some frequent young adult riders (there is a nice community college along the route).

Well, the principal was just APPALLED that I would put my child in so much danger… No child from that elementary school had EVER used the city bus, and get this – she didn’t even KNOW there was a bus stop in front of the school (even though there was a SIGN on a post directly in front of the school).  I had to write a letter saying that we would not hold the school liable for his safety while riding the city bus (keep in mind, the school department and the bus department are both CITY services – and my town has a mere pop. 25,000).

The happy ending is that once Luke started riding, MANY other parents started letting their kids ride the city bus to Boys & Girls Club too.  By the time Luke was done with elementary school, there were well over 15 kids using public transportation to get to a fun place after school.  The Boys & Girls Club did ultimately write a successful grant to pay a teen a stipend to supervise all the children at the bus stop (they weren’t in any “stranger danger,” it’s just that the principal was concerned about the kids horsing around at the bus stop – throwing snowballs, playing tag, etc).

I didn’t know about Free-Range Kids when I made these arrangements years ago, but I felt very vindicated when I found this community. I’m not a neglectful parent, and although I wouldn’t call him “mature” (he’s kind of a class clown), Luke is definitely much more self-reliant than his peers. – Aimee 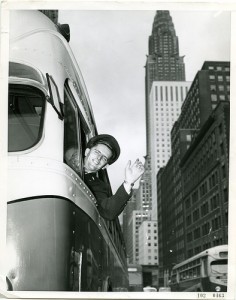 Yes, kids can ride this thing with their parents!

A Gated Community. A 6-year-old Outside for a Moment. Safe?
S’More Safety