This piece originally appeared at the National diatrfatfz
Association for Rational Sex Offense Laws site. What Luke Heimlich did was wrong and deeply disturbing. It also sounds like it was not a one-off. But he was punished, he was treated, and he has not re-offended. If he hadn’t slipped up on an administrative issue — missing a registration date — he would be going on with his life.

How does “outing” him make anyone safer? And if it doesn’t, then what’s the point, other than shame and vengeance? Who do we allow to redeem themselves, and who do we condemn forever?

At 15, Luke Heimlich committed a crime; he inappropriately touched a young female relative, age 6. He pled guilty and was sentenced to two years, which was served in a probated term. He successfully completed the probation and a two-year course of sex offender therapy. He is ranked as level 1 â€“ someone the least likely to commit an additional sexual offense. He has had no additional offenses.

Now he is 21, a student at Oregon State University, a member of their menâ€™s baseball team â€” the number-1 ranked team in college baseball â€” and their top-ranked pitcher.

A brilliant career in professional baseball lies ahead of him; heâ€™s rated number 43 for the upcoming MLB draft by Baseball America.

He recently failed to renew his sex offender registration within ten days of his birthday, an oversight that was quickly remedied with minimal legal consequences but has the potential for destroying his life in the real world.

The local media, the Oregonian, discovered the charge of failure to register and printed an article about Lukeâ€™s status as a registered sex offender.

The school has issued statements speaking of their concern for the safety of all students, the rights of those on the registry to attend college and participate in sports, and the fact that the criminal matter has been previously addressed and satisfied by the judicial system in the state of Washington.

Rumors are flying that he may be refused his right to participate in the MLB draft.

If, at 15, Luke had been seriously addicted to drugs, had gone through rehabilitation, and was now totally drug-free, the evils of drugs would be proclaimed by all, and he would be touted for his courage in overcoming them and possibly asked to speak to high school anti-drug assemblies across the state.

If he had killed someone at age 15, been sentenced, served his sentence, and subsequently been accepted at university and became a baseball star, the wild impetuousness of teenagers would be blamed, and he would be held up as a role model for overcoming his delinquent beginnings with determination and hard work.

But Luke didnâ€™t take drugs. He didnâ€™t kill someone. He didnâ€™t commit armed robbery or set buildings on fire or slaughter puppies and kittens. He touched a child.

And then, because his crime was sexual, he was required to put his name, year after year after year, on a registry, a registry that says to the world, â€œI am dangerous; I am a threat to your safety and your childrenâ€™s safety and the safety of everyone who comes within my proximity.â€

Editors of the Oregonian, in an attempt to justify their choice to print the story, wrote, â€œOur society decided long ago that sex offenders should carry the burden of their conviction well after their sentences end â€“ and that juvenile sex crimes should follow offenders into adulthood.â€

Has not our society also decided thatÂ rehabilitation and re-entering society as productiveÂ citizens were the hoped-for outcomes of punishment â€” and that those who erred, especially juveniles, deserve a second chance?

Statistically, Lukeâ€™s risk to commit another sexual offense is the same as someone who has never previously been charged with one. Legally, he has satisfied the court-ordered punishment for his crime. Logically, his efforts and his determination have earned him the respect of his peers and authority figures and the place he holds as a rising star. But realistically, because he is required to put his name on a registry declaring him a sexual criminal, his future is in jeopardy. His ability to pursue his career is in jeopardy. His ability to live his life as a productive member of society is in jeopardy due to the eternal and everlasting punishment that is the sex offender registry. 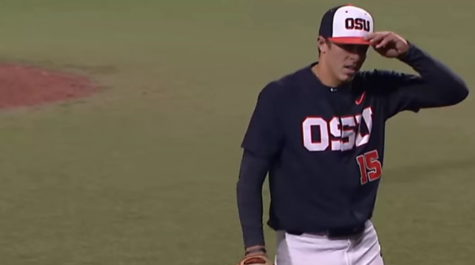 How does “outing” a person who committed a crime, served his sentence and completed his therapy keep kids safer?

153 Responses to The Luke Heimlich Case: Should We Brand Juvenile Sex Offenders Forever?