This fantastic eeazydayik
editorial says what we have been saying: Enough with the post-incarceration demonizing of all those convicted of sex crimes, as if merely being within 2500 feet of “one of them” means our kids are likely to be kidnapped and raped.

As they stand now, the laws regarding where a “sex offender” can live are as cruel as they are worthless. Banning folks who’ve served their time from living anywhere near a park or school assumes that they are driven to pounce on random victims. But we know that the vast majority of crimes against kids, including rape, are at the hands of someone the child knows. Not a stranger in the bushes.

We also know, I hope, that the vast majority of people on the sex offender registry do not pose a threat to kids. My favorite illustrative stat is from Georgia, where the Sex Offender Registry Review Board did a study and concluded of the 17,000 people on its registry, “just over 100” represented dangerous “predators.”

Hats off to the New York Times, which I hope will not mind me reprinting its wise words in their entirety:

The Pointless Banishment of Sex Offenders – The New York Times

Itâ€™s a chilling image: the sex predator skulking in the shadows of a swing set, waiting to snatch a vulnerable child.

Over the past two decades, that scenario has led to a wave of laws around the country restricting where people convicted of sex offenses may live â€” in many cases, no closer than 2,500 feet from schools, playgrounds, parks or other areas where children gather. In some places, these â€œpredator-free zonesâ€ put an entire town or county off limits, sometimes for life, even for those whose offenses had nothing to do with children.

Protecting children from sexual abuse is, of course, a paramount concern. But there is not a single piece of evidence that these laws actually do that. For one thing, the vast majority of child sexual abuse is committed not by strangers but by acquaintances or relatives. And residency laws drive tens of thousands of people to the fringes of society, forcing them to live in motels, out of cars or under bridges. The laws apply to many and sometimes all sex offenders, regardless of whether they were convicted for molesting a child or for public urination.

Lately, judges have been pushing back. So far in 2015, state supreme courts in California, Massachusetts and New York have struck down residency laws.

The Massachusetts ruling, issued on Aug. 28, invalidated a residency restriction in the town of Lynn â€” and by extension, similar restrictions in about 40 other communities statewide â€” in part because it swept up so many offenders, regardless of the actual risk they posed. Acting against a whole class presents â€œgrave societal and constitutional implications,â€ the justices wrote. That unanimous ruling was based on the State Constitution.

Far from protecting children and communities, the California court found, blanket restrictions in fact create a greater safety risk by driving more sex offenders into homelessness, which makes them both harder to monitor and less likely to get essential rehabilitative services like medical treatment, psychotherapy and job assistance.

Residency laws often lead people to live apart from their families, obliterating what is for many the most stabilizing part of their lives.

If the state wants to block someone from living in certain areas, the California court said, it must make that decision on a case-by-case basis.

The United States Supreme Court has not yet weighed in on residency restrictions, although a 2003 ruling upholding mandatory registration for sex offenders suggested that such laws may violate the Constitution.

It is understandable to want to do everything possible to protect children from being abused. But not all people who have been convicted of sex offenses pose a risk to children, if they pose any risk at all. Blanket residency-restriction laws disregard that reality â€” and the merits of an individualized approach to risk assessment â€” in favor of a comforting mirage of safety. 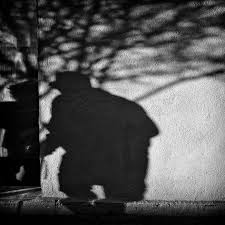 Won’t you be my neighbor?

Divorced Dad Asks: Can Ex-Wife Force Me to Overprotect My Child?
The Hidden Dangers of the Laundry Hamper!