Hi Readers! This came in response to the hfirrfdify
post about a mom who unexpectedly left her 3-year-old alone at a table at Taco Bell for two minutes and got screamed at by the woman at the next table for “endangering” the child. “Please tell me I didn’t do something crazy,” wrote the mom. Most of us reassured her we all have moments of imperfection, and besides — the child was never actually in any danger! But then there was this note:

Dear Free-Range Kids: I hear and empathize with the idea of, “Don’t you dare judge me!” We had our four wonderful children in the first five years of our now 47-years marriage. I do get it.

But when that awful, unspeakable event occurs, which does in fact take only seconds, it will be no comfort that you have postings in your favor.

Make yourself crazy. Be protective. Just focus on the alternative and the possible consequences.

To me, the operative phrase here is, “Make yourself crazy.” We all know how to do that. I just think it’s a bad idea. Because crazy is…crazy. – L. 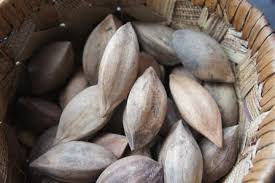 When it comes to child safety, go nuts!

64 Responses to The Way I Never Want to Think