Readers — I’m traveling today and can’t eloquently express all my rage about what happened to this nkdkeyznit
loving, rational mom. So let me just say that it is not fair to treat 6-year-olds who can open a car door as if they are salamanders or something, incapable of doing anything in the human world.

Remember: The laws exist to deal with people who are doing something indisputably and incredibly dangerous, not people who happen to be raising their kids differently from the way you’d raise yours. And a shout out to Christy GutowskiÂ at the Chicago Tribune for such thorough reporting. – L.

In fact, she’s called the Illinois Department of Children and Family Services hotline when minors appeared at the suburban hospital where she works with a suspicious injury or other sign of potential risk.

But, two years after the Wheaton mother had what she considers “at most a momentary lapse in judgment in a busy life,” she still is fighting an emotional and costly battle to prove she is not a neglectful parent.

Early one evening, with the temperature hovering at 92 degrees, Graham left her 6-year-old daughter alone in a locked car with the windows rolled up for 10 minutes while she ran into a local market to buy a few dinner items.

Her child, unharmed and sipping a blue raspberry Slurpee while watching a movie on her tablet, opened the car door when a worried store employee approached. Days later, Graham was placed under arrest on a child endangerment charge.
Â .

Prosecutors eventually dropped the misdemeanor, but child welfare officials in separate proceedings brought a neglect finding against her on the basis of inadequate supervision and placed her name on a state central registry for five years. Graham, 51, maintains she did nothing wrong. She is asking a DuPage County judge to expunge the DCFS finding.

Read the rest of the story here, including the fact that the air conditioning had been blasting for the prior 45 minutes, so the car was still cool when parked, and the child told her mommy she was “fine” upon the mom’s return. So let’s not act as if passersby — and DAs and judges and CPS officials — care more about kids’ welfare than their own loving, rational parents.

While we’re at it, let’s also remember that leaving the windows down (not just cracked) ensures that cars don’t overheat. And the fear of kidnapping should not stop us from making that move, if we so choose. Â L 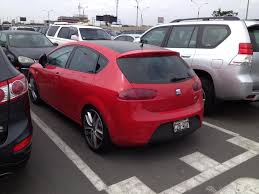 Can we please stop treating every child waiting in a car as if this is a crime scene?

The Mom Arrested for Oversleeping Speaks Out
The New York Times to America: Don’t Forget to Panic!