Predictably, this article is getting a lot of attention: Why kkifrtnrsh
I Won’t Let Any Male Babysit My Children, by Kasey Edwards, in Melbourne, Australia:

When our first daughter was born my husband and I made a family rule: no man would ever babysit our children. No exceptions. This includes male relatives and friends and even extracurricular and holiday programs, such as basketball camp, where men can have unrestricted and unsupervised access to children.

Eight years, and another daughter later, we have not wavered on this decision.

Kasey trots out the idea that since more men molest kids than women do, it’s just prudent to treat all men as potential predators. She actually presents this as a way of NOT insulting them:

My husband and I do not want to delve into the characters of every man that we know and assess whether or not they are potential sexual predators, so we apply our rule to all men to avoid casting aspersions on people.

But of course she IS casting aspersions on 50% of the population and doing her own little bit to continue the de-normalization of adult/child interactions, at least so long as a (shudder) male is involved.

What’s so strange to me is the author’s absolute conviction that this is making her kids safe, which not only ignores the fact that women can molest kids, too, but the other fact: That most people of either gender will NOT.

“…in the vast majority of cases, children’s abusers are known to them”.  Children are at far greater risk from relatives, siblings, friends, and other known adults such as priests, teachers and coaches.

But the answer is not to demonize anyone with a Y chromosome. It’s to teach your kids The Three R’s:

*Recognize – that no one can touch you where you bathing suit covers.

*Resist – Yell, kick, run away. Don’t be nice if someone is bothering you.

* Report – Even if the person makes you promise not to tell…TELL. Reassure your kids that you will not be mad at them no matter what transpired.

These simple rules will keep kids safer than banishing any and all males. But obviously, this is not the author’s train of thought. She wrote:

I know it’s a hard line, some would say extreme. But…hurting peoples’ feelings is the price my husband and I are prepared to pay.

Ah me. In the end, the real question isn’t: How extreme is this position? It’s how can we keep it from becoming unextreme? – L 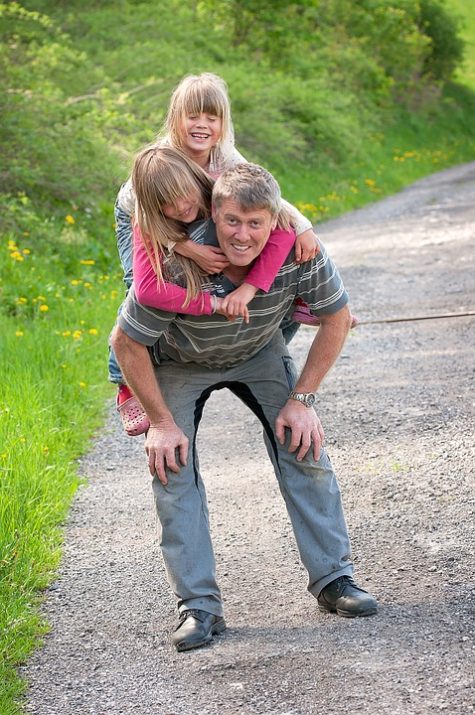 A MALE of the species? Get him AWAY FROM THOSE KIDS!

107 Responses to This Mom Won’t Let Any Male Babysit Her Kids, Ever