January 30, 2017
So fatzhyhifn
here’s what happened: A babysitter came to pick up five kids at a New York City public school, including one she hadn’t met before, but whose name was — well, this New York Post article doesn’t say his name,Â but it was the name of another boy as well. The teacher gave the babysitter the wrong boy, age 5, and off the babysitter went — for half an hour:

â€œIt is a parentâ€™s worst nightmare to have their child taken from school by a stranger,â€ said the familyâ€™s attorney, Israel Klein.

Ignoring the childâ€™s frightened protestations, the unnamed sitter walked H.J. and four other children home â€” while H.J. nervously asked where she was taking him, and informed her that he didnâ€™t live in that neighborhood.

â€‹â€‹The babysitter only realized her mistake when she attempted to drop H.J. at the wrong address, and an adult there informed her sheâ€™d collected the wrong child.

Meanwhile, H.J.â€™s grandmother, Isabel Encarnation, had arrived at the Inwood school to collect her grandson, who was nowhere to be found….

The unnamed woman eventually returned, more than 30 minutes later, with H.J. â€” stating sheâ€™d â€œmade a mistakeâ€ and had no idea what the boy she was supposed to pick up looked like â€” and then â€œfled the building,â€ the suit says.

This truly does sound awful — upsetting and scary for the boy and his family. Â But here’s one Facebook conversation it inspired. To me it is a perfect example of escalating an upsetting incident into an outrage, and I admire the mom who sent it to me, Arielle Kurtze, for trying to stay rational:

Arielle Kurtze:Oh please. â€œparents worst nightmareâ€ more like these parents found their dream opportunity to sue the school and make themselves rich. Sometimes life isnâ€™t perfect and allâ€™s well that ends well. Look up the statistics! This boy has way more to fear from his family members than any stranger

A.T.: Youâ€™re kidding right? Do you have kids? How would you feel if a STRANGER took your child home? He didnâ€™t know this person! He is VERY lucky this woman didnâ€™t kidnap him, or worse!

A.M.S.:Â  There is no way this women has children.

Arielle Kurtze: Ha. 3 kids, thank you very much. I realize that this situation wasnâ€™t an ideal day but guess what?! The kid was returned, it was an honest mistake and now the parents are looking to cash in. I know EXACTLY what itâ€™s like to have kids, and I also know that most people aren’t looking for random children to gobble up. Life is safer (much) safer than it was when I was growing up and screaming “stranger danger” isn’t doing anyone any favors.

S.D.: If you donâ€™t take action when something like this happens, next time it could be a kidnapping. Then is it a parentâ€™s worst nightmare to you?

Arielle Kurtze: I definitely donâ€™t suck, and looking to cash in on a less than ideal situation is just opportunistic. Next time a giant tornado could sweep the child away! Thereâ€™s just as much chance of that as some doomsday scenario with the mistake that happened with this child. That’s what it was. And remember, child came home, no harm no foul!! How about an apology to the parents and then everyone needs to move on with their lives….We live in the world safest times ever known to humanity. Check out what’s happening in say Syria. THAT is a parents worst nightmare.

More back and forthing (and frothing). And then —

A.T.:Â  I feel bad for your kids. if you donâ€™t have it in you as a mother to understand itâ€™s serious when a child is taken, with incorrect person, Â then you have a real problem. If it was one of your kids, you would just go to the school, take Â the other 2 home and say “well, they will bring him back, let’s go other 2 kids!” You wouldn’t be in a panic? Not saying they deserve millions, but this could have been much worse. And YES there are children being taken EVERYDAY! Sex trafficking, HUMAN trafficking! Must be nice to live in a bubble. Wake up!

My thoughts: Yes, it was terrible that the babysitter ignored the boy’s concerns. Awful! I, too, would want an apology from her, and from the school.

But Arielle is right: Look up the statistics. Do I think that the boy was just “VERY lucky” that the sitter wasn’t a sex trafficker? No, because sex trafficking is very rare.Â This reportÂ by the Crimes Against Children Research Center found zero cases of sex-trafficked children under the age of 11 in 2005, the year studied. In fact, the majority of victims were over age 16. And the total number of arrests for sex trafficking was 1,450, in a country with 72,000,000 minors. So my mind doesn’t immediately jump to sex trafficking.
Â .
As for kidnapping, there were 105 cases of stranger kidnapping in 2011, making it even rarer than trafficking.Â
.
It doesn’t make a person cruel or uncaring to remain rational while others share the satisfaction of hysteria. – L.. 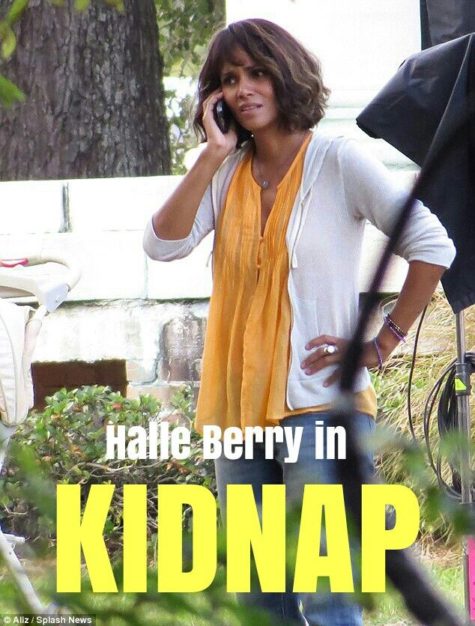 Did anyone actually see this movie about a child kidnapped in the space of five seconds? It certainly seems to be a popular topic.

Proud of My Free-Range Stepson — and Son!
How Children Lost the Right to Roam in Just 4 Generations

67 Responses to Was Boy Picked Up by Wrong Babysitter Just “VERY LUCKY” He Wasn’t Sex Trafficked?