Worst-first thinking is sometimes hard to distinguish from “sensible precautions.” I guess it makes sense to make sure that kids are not born with dangerous drugs in their systems, but it also seems to assume that all moms-to-be are drug addicts unless proven otherwise. And does this test extend to other substances, too, like nicotine or marijuana? Who decides when a mom is “good enough” to raise her child? (And who is “good enough” to replace her?) Big questions. Anyway, here’s nksfnzafrr
what happened to one Â  mama named Maggie Downs:

Itâ€™s the birth of my first child, and Iâ€™m seven, maybe eight hours into labor. Whatever time it is, Iâ€™m well past the point of caring about modesty, so I donâ€™t even think itâ€™s strange when a nurse follows me into the bathroom.

â€œJust so you know, youâ€™ve tested positiveâ€¦â€ The nurse pauses there, and shifts her eyes to the floor. My anxiety fills the silence. I expect sheâ€™s going to say something about the whirring machines that have been measuring the babyâ€™s heartbeat, my contractions, my blood pressure, any of those things.

Relief floods me, and I explode with laughter. Meth? I didnâ€™t even take Tylenol during my pregnancy.

Well, that giddy relief does not last long when a second test comes back positive.

The nurse ticks off a list of everything thatâ€™s about to happen: The baby will be tested for drugs. The hospital social worker will meet with me before I can be discharged. Child Protective Services will be contacted to evaluate my fitness as a parent.

â€œAnd of course, you cannot breastfeed the baby,â€ the nurse finishes.

I rip the oxygen mask away. This isnâ€™t a joke anymore.

Of course, now that she’s officially a druggie, the system stonewalls her — even after she and her husband figure out the real culprit: Her inhaler. They quickly find news stories about the false positives Albuterol produces in meth tests.

No dice, even as they beg to be trusted.

I realize how much we sound like the prisoners who argue their innocence or patients in a mental institution who say theyâ€™re not crazy. The more I insist Iâ€™m not on drugs, the more I sound like I am.

â€œYou can take this up with CPS,â€ a stone-faced nurse says.

Eventually the baby is born via C-section, which means the mom remains at the hospital a few days.

Every shift change, two nurses stand by my bed and inform another two nurses of my status as a combative patient. â€œThis woman tested positive for methamphetamine,â€ they say. â€œShe has been briefed on the risks associated with breastfeeding, and she refused our advice. She is breastfeeding at her own risk.â€

You can read the rest of the saga here. The reason I am posting this story is that any of us can get mixed up with CPS. It’s not an everyday thing. But I have heard from several families who took their kids to the hospital for bruises or broken bones only to end up scrutinized as child beaters.

And let’s not forget the thousand or so parents currently in prison for “shaking” their babies to death — a crime that might not even exist. (This powerful documentary explains how a constellation of symptoms that was declared to ONLY indicate a shaken baby in reality can be the result of many different issues, including congenital defects and simple, natural falls. The doctors who run the shaken baby center and testify for the prosecution tried to get the movie barred from film festivals.)

As always, I plea for society and its institutions to start from a place of trust — innocent till proven guilty, loving until proven hateful — rather than automatic distrust and disdain. Â  – L 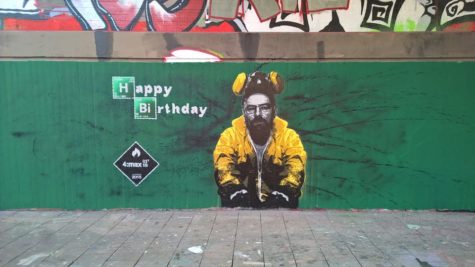 The Buddy System is So Last Century! Now at Camp It’s the “Rule of Three”
The Director of “The Exorcist” and “French Connection” — at Age 12

73 Responses to What Happened to an Organic, Drug-Free Mom Giving Birth…Who Tested Positive for Meth