Dear Free-Range Kids: Curious as to how to best handle this. I have no children of my own, but I do have three dogs. My neighbors (row house neighborhood), let their three young children out to play alone, regularly. This is AWESOME. Kids need a little independence these days.
.
But here’s where the issue comes in. They have also allowed all of the other neighborhood children into their yard. So, what’s going on is their children are outside unsupervised, and then the number of children grow, sometimes over 10 kids, as young as four or five. The issue I have is that none of the parents are around, and I have had multiple issues with children coming onto my property without permission, tormenting and trying to scare (promptly followed by trying to pet) my dogs.
.
When we first moved in, we told them that if our yard was empty they (specifically the neighbors’ kids) could retrieve lost toys. Then the parents decided our dogs were threats to their children, and called animal control, even though no child has ever been bitten. Yet still, the parents have allowed their kids to come into our yard. Guess I figured that if my dogs are a threat, they would assume not to come onto my property.
.
But, they also instead of using a gate, have been seen climbing my fence. I have visions of someone breaking a wrist, or leg, and me getting sued. The children have also been outside, on temperate mornings when windows are open, even earlier than 9 am, and have woken up myself and my fiancÃ© (who works the overnight shift). I asked the kids to watch their volume as people were still sleeping but did not tell them to go inside.
.
The other neighborhood children are also present on their property whether or not the homeowners are at home. I have no idea who the parents of the other kids are, because I’ve never seen them. I wrote a message to my neighbors, explaining my issues, and why. They told me we were unreasonable, exaggerating, and needed to believe in “community living”.
.
Any advice would be great.

My only advice is to let the neighbors know how much you believe in kids being outside and having fun, and that with freedom comes responsibility: The responsibility to not enter other people’s yards, and the responsibility to not make too much noise during normal sleeping hours.
.
You might back this up with a plate of cookies or something to show no hard feelings. It’s always easier to get people to agree if they feel you are all on the same side, and truly want a solution that works for everyone.
.
I’d add the Free-Range Kids never endorses trespassing or negligence. Kids at a park are one thing — that is public space. In fact, that’s why there ARE parks: As gathering places for boisterous kids. But if there is regularly a group next door that is large and loud, with kids under age 5 and no adult even inside to whom you can appeal for consideration, that seems less Free-Range than unneighborly. The only option is to try to create community.
.
One summer when our kids were very young, we lived near a lady whom we called (not to her face) the “witch.” She hated having kids playing near her home, and even yelled at them. I wish I could remember how things changed. Maybe she mellowed, maybe our kids did, or maybe we did. Anyway, we’ve been summer neighbors for 15 years, and now she is beloved. So have heart: Things CAN change. – L. 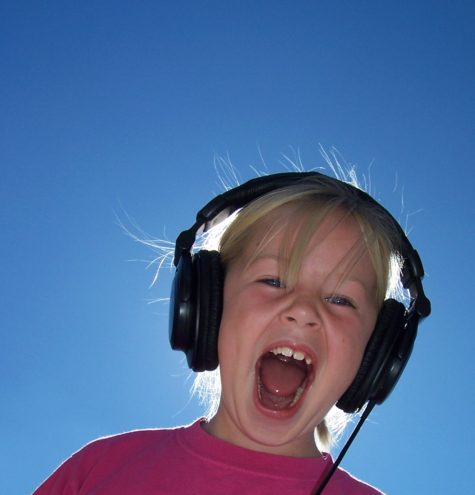 HI NEIGHBOR! WAKE UP! I GOT IN BY CLIMBING THE FENCE. LET ME PET YOUR DOG! WHY ARE YOU SO GRUMPY? WAAAAAKE UP!Â

51 Responses to What Happens When Happy Free-Range Kids are Also Rude and Loud?