Readers — There is something poignant, sweet, weird and wonderful about what you’re about to read. Remember it when friends say they can’t possibly go Free-Range because it’s too scary. – L.

Dear Free-Range Kids: Back in ’09 I read your book, and allowed my boys to walk to get ice-cream for the first time. About a 5-7 min. walk from our house.Â  Rob was 12, and Isaac would be 11 in a few months.

I had written you a few times back then. I had experienced a stranger abduction when my pastor’s daughter was abducted and murdered in an area pretty country and quiet. So letting go was huge for me.

Anyhow, my boys are 15 and 16 today, and this fall I put them in public school after homeschooling them exclusively their whole lives. We just finished their first quarter, and I finally got to read my son Rob’s personal narrative. The story he chose to write about was — the first time I let them go. I was gripped by how much I had scared my boys — apparently the older more than the younger. That this is what made the biggest impression on him in his life.

My Turning Point, by Rob Turner

The summerâ€™s breath filled the air as I stare down M. road, towards that busier street which I didnâ€™t remember the name of.Â  Rather, I attempted to stare – there was an annoying amount of shrubbery blocking the view from our yard.Â  Normally this would be a blessing, because nobody really wants a better view of a busy road, except that the shrubbery also blocked the rest of M. leading up to it. In other words, I could never figure out whether a car was coming or not, except by sound. And the fact that you could usually hear cars either way, going up or down that busy street, did not help at all.Â  Of course, the reality was that I was being paranoid; it wasnâ€™t especially difficult to differentiate the noise of a car on M. and on the other road. But it was hard not to be, given what I was about to do.

Normally, I would only even be thinking about crossing the road because I was going to get the mail, orâ€¦ well, that was really about it.Â  I didnâ€™t see the neighbors across the street — they threw snowballs at cars, so we werenâ€™t allowed to be friends — and I didnâ€™t get on any school buses, and I never walked anyplace at all – at least, not without some sort of parental supervision.Â  That last one, I guessed, was about to change.

For any other kid, this probably wouldnâ€™t be a big deal.Â  But to me, well.Â  From a very young age Iâ€™d been taught about the danger of strangers, and how you should never walk alone, and how to escape the grip of a captor — probably too often for my own good. To be fair, it was mostly because the previous pastor of our church had had his daughter kidnapped, which kind of shook up basically everyone, but that had taken place either when I was an infant or yet to be born.Â  In any case, my mother had finally come to terms with the fact that it wasnâ€™t exactly a regular occurrence, so she decided it was finally time to let my younger brother Isaac and I walk down to the C. Ice Cream Parlor by ourselves.

It was probably mostly because Isaac had been pushing for it for a while, but it was happening nonetheless.Â  I was still somewhat apprehensive, of course, but Isaac could be pretty convincing when he felt like it.Â  He managed to cross the road (still taking precautions, of course, but quite a bit faster) and, since he went through the trouble of assuring me that no cars were coming, I followed him.Â  From there, it was an easy walk, going down a paved hill and finally seeing the ever-so-busy street ahead.

It wasnâ€™t actually that busy, I decided.Â  Just the busiest road that I encountered with any sort of regularity.Â  And then, of course, weâ€™d have to cross it again to get to the ice cream parlor.Â  The long, rocky driveway ate away at my shoes as I walked to the familiar, and yet now so different, building. Iâ€™d been here before, of course, but never without my parents, or at least my older brother to watch me.Â  I could feel the protective bubble around my home stretching to accommodate me. I could feel it pressing against my skin as I took step after step past its boundaries, until I finally went through it. But I couldnâ€™t back down now; I had to do this.Â  My mother had assured me that she had probably been wrong, and not literally every person was a kidnapper, so I would be fine.Â  I took five dollars out of my pocket and held onto them like they were precious gems, but once I realized I was doing this I loosened my hand, because I did not want to appear nervous. My brother asked for the money and I said, “No, Iâ€™ll do it.”

The man seemed somewhat suspicious of us, like we were the ones out of place in this busy and somewhat terrifying land that was so close to our home.Â  When he asked how we got there, I told him we walked, and when he asked where we lived, I apprehensively said that we lived up the road. Being rather nervous (oh no, why did I tell him where we live, now heâ€™s gonna kidnap us), I made my best effort to not participate in this questioning any longer, and when we got our ice-cream we circled over to the side of the place, where there were tables with umbrellas and a fair number of bees.

Of course, being completely terrified of bees, I wanted to just eat and walk home at the same time and be done with the whole thing. But they werenâ€™t especially near us, so I just nervously edged away from any that flew within a ten foot radius of me.Â  So we ate our ice-cream (which was somewhat melty, but that only made the rich chocolate even more delicious), and threw away our messy napkins. Then we walked back home, retracing a few confusing steps, and when we got there our mom was sitting on the porch because she was so nervous. But we were fine.Â  Our dogs were rather exceptionally excited to see us, it seemed, like when we would come home from family camp, and we were somewhat excited as well, both due to the â€˜ice-cream whenever we want nowâ€™ aspect and the somewhat increased freedom it gave us. We forgot about any sort of suspicious man entirely, which actually turned out fine.

In any case, the barrier of my home slipped over me once more, ever prepared to guard me from the dangers of the outside world, but it would only become easier to escape, each walk we took down to the ice cream parlor taking less and less resistance until it hardly seemed a bother at all.Â  But while I was inside it, there was nothing on Earth which could break through the impenetrable barrier. And I rather liked it that way. – Rob 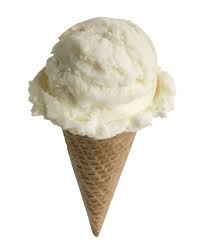 It’s hard to be brave after being held back.

UPDATE WITH YOUR LOCAL MERRY-GO-ROUND! This Dog Gets to Have More Fun than Your Kids
“Children are Unique, Beautiful and Fragile” — Grrrrrrrrrr