September 15, 2015
.
From dksdziizsb
a parent whose kids go to public school in an affluent area in Alabama:

Today I had to surrender my license for the privilege of going into my kidâ€™s school to help on a band project on this day. Because we all know that a bad guy with a gun will always stop at the front desk and hand over his ID before shooting up the school.

We seem to have adopted a national fear of everything, driven by the media, the government, and the security/fear industrial complex. Hereâ€™s what our school system now has (never a single incident since the school system was created in 1971).

*Two-way mirrors at all entrances and where one might see in at eye level. So you canâ€™t see into the school.

*Only ONE way into the school

*License confiscated upon entry and returned when departing

*Must be registered in their system

I would like to add that every single one of the faculty and staff that I have ever spoken to about this at any of my kidsâ€™ schools agree with me. They think it is ridiculous. They all lay it at the feet of the wimpy school board, superintendent and the school district’s attorneys. Having said that, I understand from some of them that the number of hysterical calls from moms after national news of an incident are in the hundreds. So the real fault is with the community and the fear they have adopted as a way of life.

Off I go to Sing-Sing…er…school! — Skeptical Mom

The thing that struck me most about this letter — and about the security system in place at my own son’s public high school — is the idea that paperwork stops psychopaths. Is there any evidence of this ever? Anywhere? – L 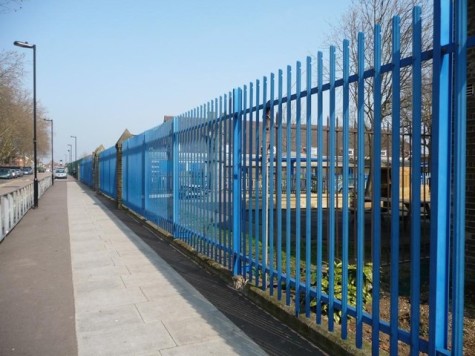 All are welcome! (To be treated as suspects.)

The Hidden Dangers of the Laundry Hamper!
Kids Getting Drunk on Hand Sanitizer: CNN’s Latest Fear

85 Responses to What It Takes, Security-Wise, To Visit a School