In other words, he helps families trying to counter the power of CPS, in and out of court. His pursuit of a radical overhaul for child protection programs has led him to university lecture halls, television and radio studios, and the pages of a variety of publications. He also just published a book, Â Legally Kidnapped: The Case Against Child Protective Services (http://www.legallykidnapped.net/) , which he’s making free to download this week! (Offer ends Oct. 24.)

While I appreciate CPS stepping in when children are truly abused — we all want kids to be safe — from where I’m perched, I hear about the oversteps. And while I don’t want to make it seem as if every parent is in constant danger from CPS any more than every child is in danger from a predator, I do get questions from parents about how to deal with CPS if it comes knocking. So I asked Carlos to write up some basic tips. Here they are and here’s his book’s trailer. (Cue the scary music — literally. It has a scary music soundtrack.) – LÂ

HOW TO DEAL WITH A KNOCK ON THE DOOR FROM CPS, by CARLOS MORALES

Itâ€™s no secret that Child Protective Services sometimes oversteps its bounds. Think of the stories we’ve heard of them going after parents who simply allow their kids to play outside or sit in a car for 5 minutes. There have been cases of similar overreach for the last decade.Â As a result, Lenore asked me to write up a small piece explaining how to protect your family from the agency. So here they are:

Educate Your Friends and Neighbors About Your Parenting Practices.

This has been consistent message among parents of Free-Range Kids. Have conversations with your friends and neighbors about your parenting practices, how much safer the world is for kids, and how preparing your children for questioning can be really helpful.

Here it is. ItÂ can be very helpful in some cases.

Teach Your Kids to Clam Up

Tell your child never talk to a CPS investigator alone.

Know Who CPS Investigators Are
CPS Investigators are government bureaucrats with two months’ training and a tendency to overblow everything. These can be dangerous people, and they should be treated as such. Some will try to catch people off guard in order to get the â€œtruthâ€ out of parents and children. They may use intimidation, harassment or manipulation, because they believe that they are the hero and you are the enemy.

What To Do if They Come to Your Home

Record every interaction between yourself and CPS. It is important to always know your rights. A CPS investigator is not allowed to barge into your home unless they have a warrant â€“ youâ€™re protected by the 4th Amendment. Here are just a few suggestions which are presented much thoroughly in the book:

-Do not allow CPS investigators into your home.

-Ask the investigator exactly what the case is about.

-Only answer questions which are relevant to the case.

-Do not admit to any prior wrongdoings which could incriminate you.

-Try not to contradict any statements that you make.

-Do not sign any legal paperwork unless told to by an attorney.

-Do not take any drug tests unless court mandated (some children have been removed from homes because the parents smoke pot).

-Most of all: Do not assume that if you tell them everything that theyâ€™ll be â€œnice to you.â€

If at any point you feel that you cannot answer any of these questions or are becoming too overwhelmed, remember to stay calm during the entire process. If it looks as though you may need to go to court, always hire a private family court attorney. Going to court alone is bringing a spark to a gun fight.

The reason for every one of these suggestions is explained at length in my book.Â For more information and limited time free access to the book, go to legallykidnapped.net. And good luck! — C.M. 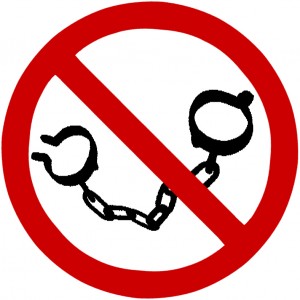 A CPS primer…just in case.

52 Responses to What to Know about Child Protective Services