Readers darhfebssz
— This is the article by Frank Furedi that I referred to yesterday. I won’t print the ENTIRE thing here, as that’s sort of bad blogging ethics. But I will print a goodly chunk because it is so spot on. Furedi is emeritus professor of sociology at the University of Kent’s School of Social Policy, Sociology and Social Research. This ran in The Independent. Boldface mine:

How Much Independence Should Children Have? By Frank Furedi

In 2001, when I published my book Paranoid Parenting, I was genuinely surprised to discover that virtually all experiences associated with childhood came with a health warning. At the time, Paranoid Parenting documented the growing tendency to extend adult supervision into every aspect of children’s lives. It was apparent that the outdoors had become a no-go area for many youngsters and that the majority of parents did not even allow their offspring to walk to school on their own. The idea that children were too vulnerable to be allowed to take risks had already become entrenched. That was bad enough. But since the turn of the century, the regime of child protection has become steadily more pervasive and intrusive.

Of all the bans which have been introduced, the one which I have found the most disquieting is the prohibition on the taking of photographs of children. Although the taking of a picture of a child is not illegal, it is frequently treated as a crime. Numerous institutions have drawn the conclusion that such photographs are inconsistent with the exigencies of safeguarding children. Consequently, many petty officials have decided to take the law into their own hands. In 2001, newspapers did not mask the faces of children, and parents were not banned from photographing their children performing in a school play.

As a father, I deeply resented the climate of hysteria that makes it difficult for parents to take photos of their children during school plays and concerts and sporting activities. I still remember the moment when the manager of my son’s under-9s football team informed us that no one could take a picture of the children during the game unless every parent agreed. Since it was impossible to get everyone’s agreement in the middle of the game, I never succeeded in capturing an action shot of my son running with the ball. For me, the empty spaces in the family photo album symbolise the absurdity of the current ethos of child protection.

The “no-picture” rules have been accompanied by the proliferation of “no-touch” rules, introduced to prevent adults from coming into direct physical contact with children. Even nursery workers feel that their action is under constant scrutiny. Adult carers have not been entirely banned from applying suncream on children. Some still follow their human instinct and do what they believe is in the best interest of a child. But frequently this practice requires formal parental consent. It is now common practice for nurseries and schools to send out letters to parents to sign to give consent for teachers to have the right to put suncream on their child…. These “no-touch” rules are underpinned by an ideology that regards physical contact between adults and children as a marker for potentially malevolent behaviour.

Since the turn of the century, mistrust of adult interaction with children has escalated to the point where it has led to a crisis of inter-generational interaction. …Politicians of all parties have waded in and have transformed child rearing into a constant political issue. Government initiatives are underpinned by the assumption that parents cannot be trusted and must be subject to constant surveillance. That is why the current Government took it upon itself to introduce a rule that will, from next year, ensure that all children who visit an accident-and-emergency unit in a hospital will be logged on a new national database set up to identify potential victims of abuse.

The proliferation of rules governing inter-generational relations is underpinned by a veritable ideology of evil. It is the vision of the omnipresence of paedophilia that fuels the politicisation of childhood. The conviction that just about any adult is a potential child predator has acquired the status of a secular religion and now governs proceedings in everyday life. The reason why Debra Harrell was jailed was not because she had really abandoned her child. Her real crime was that by allowing her daughter to play unsupervised in a park she had failed to protect her child from the ever-present child-predator. From this point of view, the loss of children’s freedom is a small price to pay for keeping the monsters at bay.

Read the whole essay here. And let me know what you think.- L 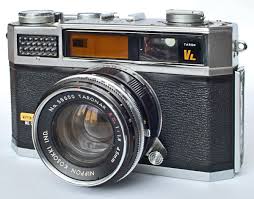 Seeing childhood through the lens of risk.

93 Responses to What’s So Dangerous About Photographing Children? And More Brilliance from Frank Furedi