Hi Readers — I didn’t see the “Shooting Star” episode of Glee fiiyfenrek
last night that featured a lockdown after shots rang out at the uber-musical school. (And I can’t find it on the web without going to some very scary sites that seem ready to infect my computer with high-tech herpes.) But some of you have alerted me to the plot, which is why it’s today’s topic. So, spoiler alert: Turns out there’s no mad gunman, but for a while the audience doesn’t realize this, and neither, of course, do the characters.

The script was written before the Sandy Hook tragedy, so it’s not like the Glee writers have gone Law & Order on us. And I really do not worry that as goes  Glee, so goes America. (Except for the good part, that as goes Glee, so has gone a huge upswing in glee clubs and musicals.) So is there anything significant about having a scary lockdown on the show? Teacher Kenny Felder (who wrote this fantastic Child Safety blog post a few years back) sums up the caveat:

The writers of “Glee” have to come up with a new plot every week, following the same basic formula but yet different from any other plot they’ve done. They have to make it more exciting, at every minute of every episode, than all the other options you can click to. And who wouldn’t rather watch a high school  lockdown — along with cheerleaders in short skirts, famous and near-famous guest stars, and that amazing soundtrack — than read about the latest crisis at the Federal Reserve? Given all that, I certainly can’t fault them for milking this one for all it’s worth. I might do the same in their place.

On the other hand, the real stakes here are emotional. The problem isn’t just that people think, “I saw a lot of school shootings on TV, so they are probably pretty common.” It’s that every time they send their kids to school they imagine a gunman, and Glee feeds into that, the same way the news does.

Now, the typical cynical thing to say about Hollywood is that they don’t care about principles and just want to make a buck. But in many ways I think the makers of Glee are very principled. They have certainly gone out of their way to showcase gay characters, handicapped characters, and so on. So imagine an episode that really shows the difference between a school that is run like a prison, and a school that isn’t in the grips of the kind of panic we’re seeing in a lot of schools these days. Imagine showing viewers the value of allowing high school students more freedom, and ignoring that “What if” voice that increasingly shouts in our heads. Imagine episodes in which some students go off campus, unsupervised, to work in the community, or take biology field trips into the woods, all while singing and dancing of course. And instead of terrible consequences happening, they all learn and grow in a heartwarming way.

A show like that could make more difference than all the statistics in the world.

Agreed! Probably even more difference than a blog that talks about how pop culture’s obsession with kids in danger ends up influencing our parenting, our politics and our school policing. Speaking of which, here’s a great NY Times piece on how having more cops in the schools for “safety” ends up funneling more kids into the prison pipeline. 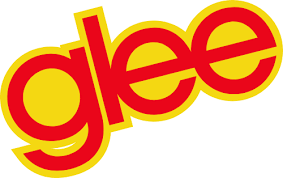 “Lean In” vs.The Cult of Inconvenience
Go Play in the Street!

31 Responses to Who Saw the “School Shooting” Episode of Glee?