UPDATE! aheyrbeaaa
As phenomenal as the advice “Prudence” gives to the neighbor who might report two teens having sex is the final story on the Dear Prudence page, which I originally missed. Here it is. Prudence — Emily Yoffe — wrote it after advising a grown reader that playing doctor as a kid is not something to look back on in adulthood and re-cast as shameful or even a “sexual assault.”

Q. Re: Playing Doctor: I would add this word of caution. Today these sorts of things are taken EXTREMELY seriously. Last year my family went through hell when my daughter mentioned playing doctor with her older brother to a friend. My children would have been approximately ages 6 and 4 (we never were able to determine this exactly; they may have been slightly older or younger) when it happenedâ€”there was some showing of parts to each other. This friend, appropriately so I guess, told her mother. The mother then mentioned it to the school principal, a mandated reporter. The department of child and family services was called. An investigation ensued that involved two home visits and interviews with my children. In addition my daughter had to undergo a forensic interview with a child psychologist; my son had to give an audio recorded statement to the police. After the investigation, the entire case was dropped, but the entire process was one of the most stressful experiences of my entire life, made more so by that fact that you cannot talk to anyone about it. So I would caution parents who speak to children, as they should, about abuse that they mention that there are some developmentally normal situations during that these things can occur. I had been speaking to my daughter frequently about sexual assault when she mentioned the incident with her brother to her friend, because a friendâ€™s daughter had been raped by a coach. The impression I got from many people I dealt with in this process was that to many of these professionals there is no such thing as acceptable or normal â€œplaying doctor,â€ except the counselor whom my daughter ended up seeing and who helped our family move through all of this.

Lenore here: The lesson here is the same as the lesson below:Â Do NOT Â destroy anyone’s life by summoning the authorities!

As if it wasn’t enough that Emily Yoffe wrote one of my favorite journalistic investigations of all time — The College Rape OvercorrectionÂ (in which she writes, “Sexual assault on campus is a serious problem. But efforts to protect women from a putative epidemic of violence have led to misguided policies that infringe on the civil rights of men”), she’s also Dear Prudence! “Prudie” is a modern, brilliant advice-giver,Â daily injecting sanity into a world bent on overreaction, fear and interference. Here is a letter that ran yesterday, as always, on SlateÂ (boldface mine):

Q: Neighborâ€™s Teenage Daughter Has Boyfriend Over: I live in a condo next door to a widow with a 16-year-old daughter. This family and I have been friends for a long time, and we get along well and have never had any problems. Iâ€™ve been home due to recovering from surgery, and one afternoon after school, I saw the daughter and her boyfriend go into the condo when the mother wasnâ€™t there. I also heard what sounded like loud sex going on in the room on the other side of my home office wall. I brought this to the motherâ€™s attention, and she said she knew about it but would tell them to be quiet. When I asked her why she allowed this, she said sheâ€™d rather they be in a safe, comfortable place and have protection than to be sneaking around in parked cars and such. I was absolutely appalled by this and wonder if I can still be friends with these people or if I should call the police, since both of these kids are underage (both 16). Should I turn them in or just turn a blind eye to it?

A: Please give me your address, so I can head over to your house to take away your phone. You need to make a quick recovery and stop snooping on this family. What you heard was loud, mutually desired sex. This was confirmed to you by the mother of the girl. Now that you know that you are next door to two horny teenagers, you have to get out of the business of trying to ruin young peopleâ€™s lives. If you called the police, I would sincerely hope they would back away once they figured out what was going on. But who knows? We do not need more innocent young people put through the criminal justice system and ending up on the sex offender registry. Itâ€™s fine if you no longer wish to be friends with this widow and her daughter, but please just decide to mind your own business and not destroy anyoneâ€™s life.

By the way, those are great words to repeat when someone picks up the phone to report the parents of a child walking home from the park, a child waiting in the car during a brief errand, or a child competently caring for him or herself as a latchkey kid: Do not destroy anyone’s life by summoning the authorities! – L 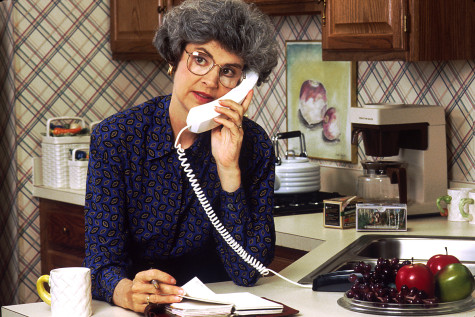 “Hello, officer? I’d like to report some normal human behavior that Â I don’t approve of.”

UPDATE: The Day for Daniel
First Grader Suspended for 3 Days for Pretending to Shoot Pretend Arrow