Readers — This akhynatera
is a great Slate article summing up what the 24/7 news cycle is doing to us as people, parents and policy-demanders. It concentrates on the work of Mary McNaughton-Cassill, a professor at the University of Texas–San Antonio and “leading researcher on the connection between media consumption and stress.” When bad news rushes into the home with graphic images and breathless reports of horror day and night — and we tune in — we come to believe that things are completely terrible. So, writes reporter Jesse Singal:

[H]istory — even recent history — is rife with examples of society making bad choices because of pessimistic hysteria. One can make a convincing case that belief in the now-debunked notion of “super-predators”contributed to the rise of draconian sentencing laws, for example, or that the recent spate of parents being arrested for letting their children play unsupervised stems from the false but persistent idea, blown up by coverage of high-profile kidnapping cases, that the world is crawling with kid-snatching strangers. And then there’s the example that probably screams loudest in the liberal imagination: George W. Bush drummed up support for the war in Iraq,which at the time of the U.S. invasion sat at 75 percent, by painting a world in which Al Qaeda and its radical affiliates posed an existential threat to the Western world.

So when people overestimate the world’s awfulness, there do appear to be real consequences. And while, as has eternally been the case, there are certainly pockets of the planet that really are getting worse on a daily basis (Syria), on a broader level there’s solid evidence—perhaps gathered most comprehensively bySteven Pinker—that the world is in the midst of a decades-long trend of actually becoming better: safer and healthier and more humane. We just have the bad stuff shouted into our ears louder than ever before.

Yep yep yep. This is what we’re up against — a population literally brainwashed to believe that everyone (especially kids) is in constant danger, generally from strangers. The remedy for anyone wishing to feel less paranoid is to turn off the IV drip of terror known as “the media.” But how we can calm down those who believe the media is just giving us a slice of everyday life? I’m open to any and all suggestions, always. – L. 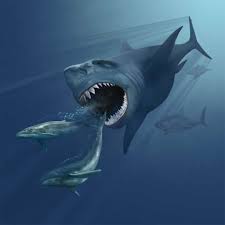 They’re out to get our children!!

A Free-Range Story — Literally. Farmers’ Kids are “Underage Labor” and Must Stop Working
Plea for an Old-Fashioned Kentucky Playground