Rhode Island activist Randall Rose brings us this disturbing report from Providence, where he teaches college:

A ibnaaiikha
Rhode Island bill would jail parents who leave their kids in a car, and is getting a public hearing today — Tuesday, Â Feb. 7.

The bill (H5311Â / S72) sets criminal penalties, including up to a year in jail, for parents who leave a 6-year-old in a car for over 5 minutes, even if the child is accompanied by a 13-year-old sibling.

Almost all cases of leaving children in cars are harmless, and parents sometimes face situations where they reasonably determine that having the child remain in the car is safe enough. Under the Rhode Island bill, Â penalties could include a $1000 fine, even if the child was unharmed.

Given Rhode Island’s climate, there is almost no chance of a kid dying in an overheated car in this state during an errand. Deliberate abductions of children from cars are also practically unheard of, and it is also extremely unlikely that a kid would die in a cold car.

It’s a bad idea to penalize busy parents for doing things which are almost certainly harmless.Â  Existing Rhode Island law already says police can issue a warning if a child is left in a car, and that’s how it should be — parents shouldn’t be fined or jailed for harmless parenting choices.Â  The petition is here:

The hearing will be heldÂ in room 205 of the Rhode Island State House, House Judiciary Committee, starting sometime between 4:30 and 5pm.

If I lived in Rhode Island, I’d try to go to the hearing. As it is, I signed the petition.

Yes, Â kids can die in cars if left in the heat, or if left for a long time. No one is saying that those circumstances are fine. But as one of you once so memorably wrote to this site: Criminalizing the parents who let their kids wait in the car for 5 minutes is not going to bring back the ones forgotten there for five hours. Â – L. 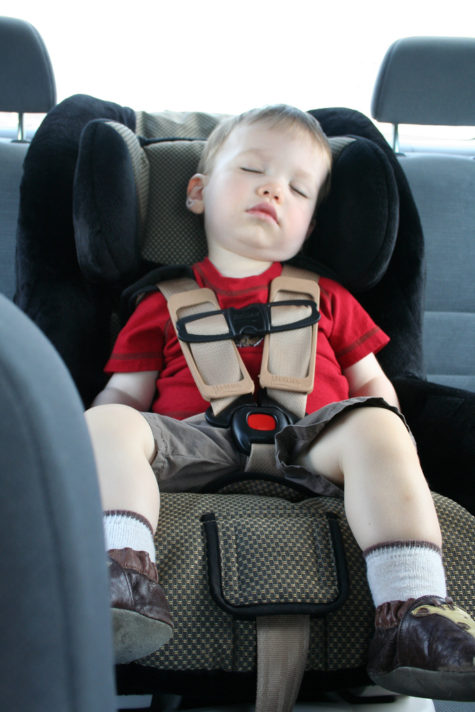 Letting your kid snooze while you pick up the birthday cake could become punishable by a year in jail in Rhode Island.

“I Left My Son Alone in the Movie Theater: Any Mom Would Have Done The Same, Right?”
My Son Nearly Died Because I Took Him OUT of the Car