Readers: This comes to us from a Pennsylvania boy’s dad, who tells us it’s not a joke — it’s the sign right before you go out to the playground at his son’s after-care program at an elementary schoolI think the kids were insructed to write down the rules. Sure sounds fun! – L 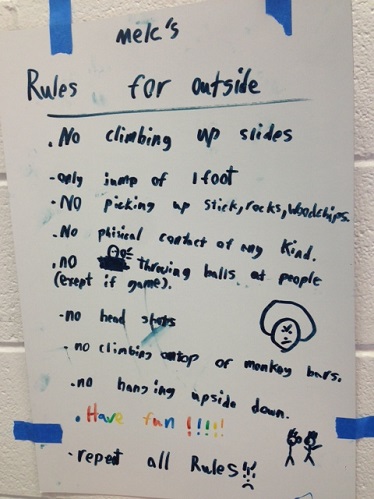 Did Being a Helicopter Mom Doom My Marriage (and Kids)?
See an Unsupervised Kid? Reach Out Instead of Dialing 911

58 Responses to Yes, This is a Real Sign at a Real School’s Playground