“Free-Range” can mean many things to many people, which is fair, I guess. It’s not like I have the trademark on “free-range.”

But I actually do have the trademark on “Free-Range Kids” (because my friend is an intellectual property attorney), and the Free-Range Kids book/blog/movement does not believe that serious illnesses can be cured homeopathically, or that kids don’t need any rules whatsoever in their lives.

That being said, I don’t think any of us should care how longÂ this tyzkfrbrse
mom, or any mom, does or doesn’t breastfeed her kids, and I am not against giving kids free time and a basket of junk rather than sending them to kindergarten. But I do believe in vaccinations.

There. I said it.

Adele Allan and her husband raise their children as what many like to call â€œfree-rangeâ€ kids. They donâ€™t go to school, donâ€™t get vaccinated, and donâ€™t have any rules.

The mother also continues to breastfeed her 5-year-old son and 1-year-old daughter. Adele believes that by raising her children out of â€œthe systemâ€ and letting them do what they please, theyâ€™ll be more in tune with nature and themselves.

While her son is homeschooled, she doesnâ€™t believe it is necessary to teach him to read and write until he is older. Instead, he is given a few bins with arts, crafts, and toys to stimulate him intellectually.

â€œTraditional parenting methods rub me the wrong way,â€Â she told Barcroft last year.Â â€œThe cry-out method for the young babiesâ€¦ the baby has still got that in their DNA from when they used to be hunter-gatherers and they need to feel safe.â€

Adele believes that all ailments can be treated naturally. Things like conjunctivitis, she believes, can be cured with the enzymes from breastmilk. She says that if she were to have cancer, even then, she wouldnâ€™t seek medical intervention.

Me, I am a big fan of medical intervention and almost everyone in my family is alive because of it at some point or another. But I don’t want to blame or shame this mom, because I don’t want to blame or shame any mom who loves and feeds and cares for her kids, no matter how at odds with social norms — so long as she does get them medical attention if they are seriously ill.

I have also come to believe that a child raised around books or other reading material that is enticing, and who sees other kids reading, will sooner or later want to learn to read, will ask for help in doing so, and will pick it up. I say this, having visited the Sudbury Valley School in Massachusetts where kids are not “taught” to read, and yet no one leaves the school illiterate. Eventually even a kid playing videogames wants to be able to read the rules, and just as kids automatically learn to talk and, now, to type and text because they are so desperate to communicate, it seems that kids start longing to read, rapidly followed by acquisition of that skill. 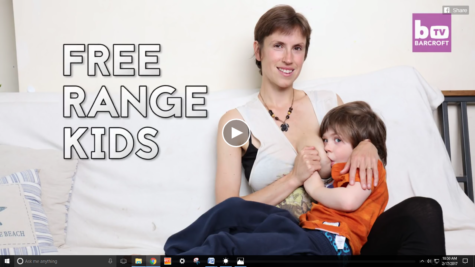 You don’t have to do this to be Free-Range!