Readers hbkhfeytne
— How I love this piece from DGIwire by Louis M. Profeta, an emergency physician practicing in Indianapolis and author of  The Patient in Room Nine Says He’s God. Once we accept the good doctor’s words, we can let kids spend at least some time playing on their own again, because Jerry Maguire (most likely) isn’t calling. – L

Your Kid and My Kid Are Not Playing in the Pros

So…why are we spending our entire weekends schlepping from county to county, town to town, state to state to play in some bullshit regional, junior, mid-west, southeast, invitational, elite, prep, all- state, conference, blah, blah, blah tourney? We decorate our cars with washable paint, streamers, numbers and names. We roll in little carpool caravans trekking down the interstate honking and waiving at each other like Rev. Jim Jones followers in a Kool-Aide line. Greyhounds, Hawks, Panthers, Eagles, Bobcats, Screaming Devils, Scorching Gonads or whatever other mascot adorns their jerseys….. But why do we do this?….

We are afraid that Emma will make the cheerleading squad instead of Suzy and that Mitch will start at first base instead of my Dillon. But it doesn’t stop there. You see, if Mitch starts instead of Dillon then Dillon will feel like a failure, and if Dillon feels like a failure then he will sulk and cower in his room, and he will lose his friends because all his friends are on the baseball team, too, and if he loses his friends then he will start dressing in Goth duds, pierce his testicles, start using drugs and begin listening to headbanging music with his door locked. Then, of course, it’s just a matter of time until he’s surfing the net for neo-Nazi memorabilia, visiting gun shows and then opening fire in the school cafeteria. That is why so many fathers who bring their injured sons to the ER are so afraid that they won’t be able to practice this week, or that he may miss the game this weekend. Miss a game, you become a mass murderer – it’s that simple. 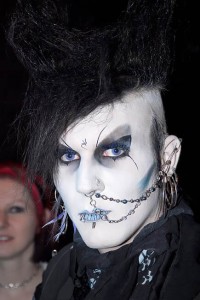 He didn’t make the team and it was all downhill…

SHOCKING! Sheriff’s Report on the “Attempted Kidnapping Caught on Tape”
Two Moms Write: “I Was Scared, but I Let My Son Get to School on His Own”