This should tell you something about how meaningless and capricious the “Sex Offender” label is: Zach Anderson, the rrknhsttyh
Elkhart, Indiana 19-year-old labeled a sex offender for having consensual sex with a girl who said she was 17 (but turned out to be 14), has had his sentence “vacated.” That means it’s as if his case had never been sentenced. It will be heard anew by a different judge.

The judge who originally sentenced him to a quarter century of pariah-dom, including no internet, no talking to minors, no living near a school, no smart phone, and no staying out past 8 p.m., grudgingly admitted that perhaps the case had been legally compromised by the prosecution. In Zach’s plea deal, the prosecutor had promised not to influence the judge’s ruling. But right before sentencing, he reminded the judge that he had given two other young men harsh sentences for similar “crimes.” (EXTREMELY similar — see this storyÂ of Darian Yoder. I hope that somehow he gets his sentence tossed, too.)

But here’s the rub: If the sentence had stood — which likely it would have, were it not for Zach’s parents’ activism, the South Bend Tribune’s dogged reporter Virginia Black, and the subsequent glare of public scrutiny — most people who saw the dot representing Zach on a sex offender map would have considered him human scum. They’d probably have Â been terrified to live near him, or hire him. He’d have beenÂ reviled as a child rapist, thanks to the label “sex offender.”

But if another judge hears his case and rules the way most of us hope — that here’s a young man who had sex with a girl he thought was about his age and who herself begged the judge to drop the charges — suddenly Zach is just one of us. A normal young man, the end.

The fact that the sex offender laws are so over-broad, that prosecutors have the right to create such Draconian plea deals, and that judges have the power to ruin lives on a whim (Judge Wiley seems to have disapproved of hook up culture in general, and used his bench to vent his disgust)Â Â should radicalize us all.

The sex offender laws must change. It is far too easy to be labeled The Worst of the Worst simply for getting caught having Â consensual sex (or consensualÂ sexting) that someone else disapproves of.

There are almost a million people in America registered as sex offenders. I shudder to think how very few deserve that label — and how very close Zach Anderson came to being one of “them.” 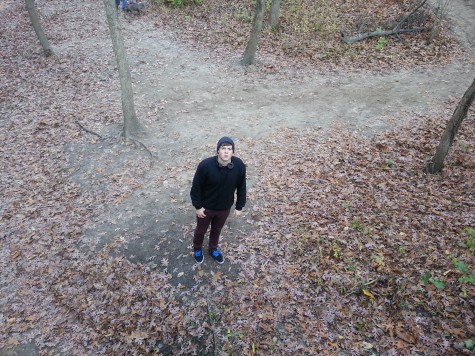 Looking up: Zach Anderson, 19, to get new trial on sex offender charge.

TSA and FRK
Two Boys, Age 5, Tunnel Out of Kindergarten to Go Buy a Jaguar

80 Responses to Zach Anderson, 19, On Sex Offender List for 25 Years for Consensual Teen Sex, to Get New Trial