Before you read this little piece, ask yourself, “Would I let an 11 year old babysit?”

Most people today would probably say no. Perhaps this will have them reconsidering. The tseiebdizy
Birmingham Mail reports:

An 11-year-old girl from Tamworth single-handedly delivered a baby – then calmly went to school for the day.

Caitlin Burke sprang into action when mum Tara Knightley’s waters suddenly broke at her home in Dordon on Tuesday morning.

With the help of ambulance staff on the phone, the cool schoolgirl delivered baby sister Elsa-Monet, even managing to unravel the cord which was wrapped around the baby.

And after all that, she went to school.

My guess is nobody drove her to the bus stop. – L. 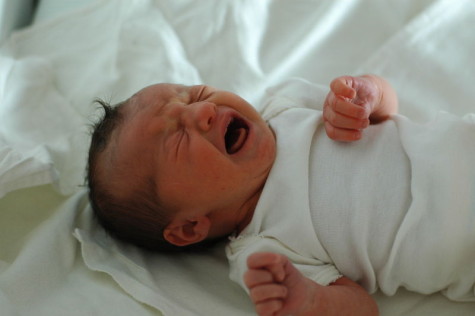 Thanks, sis. Now go to school already! [Actually, this is just a generic baby. For real photos of the “midwife” mom and baby, go here.]

Mom Believes She Must Helicopter if Lowest-Level Sex Offenders Come Off Registry After 20 Years
Dear Abby: Do You Really Want to Validate a Mom’s Baby-Snatching Fears?