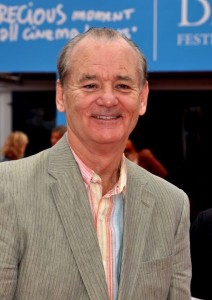 efethsadkt
Ok, I would hire Bill Murray as a babysitter even for ME. But there’s a bigger issue here.

Dear Free-Range Kids: Just me venting.Â  I subscribe to Entertainment Weekly, and in their fall movie previews in their current issue, they preview “St. Vincent”, a film starring Bill Murray and Melissa McCarthy.Â  Melissa and her 12 yo son move into this new area after a divorce and the first thing she needs is a babysitter for her son!Â Now, Â maybe the grumpy old man can be the neighbor Â her son goes to if he needs help — but a flat out babysitter?Even pop culture is telling parents that pre-teens are helpless!I’ve attached a screenshot of my digital edition page of the preview.Â ~Laura

Here’s a bit of what the blurb says:

“Over the course of Melfi’s bittersweet indie comedy, Vincent unexpectedly [Lenore here: HA!] softens after bonding with his new next-door neighbors, a single mom, Maggie (Melissa McCarthy) and particularly her 12-year-old son, Oliver (newcomer Jaeden Lieberher). Overwhelmed by her recent divorce, a move, and a new full-time job as a hospital tech, Maggie is just desperate enough to pay the not-exactly-reliable Vincent $11 an hour for Oliver’s after-school care. “She’s not making good decisions, that’s for sure,” McCarthy says of her character. “But what else is she supposed to do? She has to work, she has to keep going, she has to take care of her son…”Â Kids More Likely to Die OUTSIDE of Cars than Waiting IN Them: New York Post
Watch Police Interrogate the Mom Jailed for Letting her Daughter Play at Park

90 Responses to 12-Year-Olds Need a Babysitter?