The ytteineern
New Albany, OH, chief of police is advising parents not to let their kids go outside on their own until they are 16.

According to this piece on News10:

New Albanyâ€™s police chief wants parents to understand that kids younger than 16 simply cannot defend themselves against an attacker.

Chief Greg Jones says 16 is the appropriate age to allow children to be outside by themselves. â€œI think that’s the threshold where you see children getting a little bit more freedom,” he says.

Not a lot of freedom, mind you. Just a “little bit.” His stay-close-to-mommy rationale?

While the ultimate decision comes down to parents and personal preference, he says no matter how mature a child may seem, itâ€™s what happens after a child is abducted that is the greatest concern.

Not if, but WHEN a child is abducted. That’s how he’s thinking of childhood: You go outside, you get abducted and then you have to deal.

So let’s take a little look at New Albany’c crime record. Here it is. Last month the town of 8,829 logged, hmmm, let me get out my calculator…one plus one…TWO counts of criminal activity. One case of burglary/breaking and entering, Â and one “other.”

Unless that “other” was “crimes against humanity,” I’m not sure just how many kids are being abducted right and left by strangers. But the Chief insists: “What if you were to allow them to take off at 7 or 8 and you donâ€™t hear from them for a while, where would you begin? What would you do? How would you even know what happened to them?â€

This is just a classic an example of worst-first thinking: You think of the worst-case scenario FIRST, no matter how far-fetched, and proceed as if it’s likely to happen. (And by the way, not even to a teen. To a 7-year-old.)

The article goes on to describe the over-subscribed SafetyTown lessons the police are giving kids, and quotes moms who are eager to instill stranger danger in their kids (even though more than 90% of crimes against children are committed by people they know):

â€œWe’ve never really had the talk with him about what to do to be cautious with other people that he doesn’t know,â€ says Shannon Jap, who enrolled her son Oliver, who is 5-years-old. â€œMy son loves to say hi to everybody and he just goes up to people when weâ€™re in restaurants and we just want to make sure that he knows to be careful when heâ€™s talking to people,â€ she adds.

Chief Jones says thatâ€™s the ultimate goal of safety town is to teach children than bad people can seem nice too.

[A] vibrant, pedestrian-friendly community with an unparalleled commitment to education, wellness, culture and leisure that inspires and enriches families and businesses alike.

I’m not sure that wellness and leisure correspond to keeping kids indoors, frightened, unfriendly and infantilized. I’m not even sure that anyone in a town that terrified would ever be a pedestrian. But boy are they safe…

From the boogeyman. – L 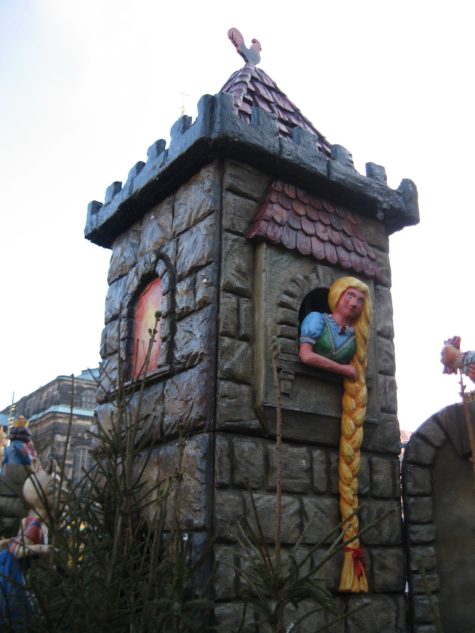 Hey Rapunzel! I’ve found the perfect town for you!

81 Responses to “16 is the Appropriate Age to Allow Children to Be Outside by Themselves” — New Albany, Ohio, Police Chief