This piece, “The ndytrrkkrs
Three Rules I made My Daughter Swear to Obey in College,” has been getting some attention in the mom-o-sphere. Rule #1:

What the writer means is, when you go out with your friends to a bar or party, no one should get left behind.

That sounds pretty good to me — unless one of your friends lets you know that she wants to stay later than you, or go home with someone else. In that case, it doesn’t make any sense that you all have to stick together. This isn’t a field trip. Obviously you should help your companion if they’re drunk or you think they’re making a bad move. But your role is friend, not duena.

Worse, here’s how the rule ends: “No one goes to the restroom alone. No one steps outside to take a phone call alone. No one is left alone, period.”

No one goes to the bathroom alone? Didn’t we discuss this last week — regarding 5-year-olds?

2. Watch when your drink is poured, keep your hand over your drink at all times, never leave your drink unattended.

Boy, if I had only three rules to give my kid, I wouldn’t waste one on this.

The reason the writer does is because, “It is very easy to slip something into someoneâ€™s drink.” Which is true. But the idea that men commonly spike unattended drinks with date rape drugs is not. Here’s what The Guardian said, in a long article titled “Alcohol is By Far the Most Dangerous ‘Date Rape’ Drug“:

Studies suggest public fears about drink spiking are unjustified… Â A large analysis conducted in 2001Â examined 3,303 cases of suspected DFSA [drug-facilitated sexual assault] in the US. The results suggested public fears about drink spiking were unjustified, with the authors stating that â€œdetailed examination of the testing results does not support the contention that any single drug, apart from alcohol, can be particularly identified as a â€˜date rapeâ€™ drugâ€.

The Guardian quoted similar findings from studies in England, Australia and Wales, concluding:

These studies strongly suggest that the media fixation on covert drink spiking with a pill or powder is misplaced, and that such acts are vanishingly rare. They show that it is alcohol we should be wary of.

I wish the “Three Rules” writer had said that. It’s an important point. But no. Anyway, here’s the last rule:

3.Â NEVER go anywhere alone after dark, PERIOD.Â I donâ€™t care how close you live to the library, how close the dining hall is, that you really want to go to see your friends at another location, that you need cash from the ATM, or your friends are already out and you want to meet them. If you canâ€™t find someone to go with you, you donâ€™t go.

Maybe what the writer meant to say is NEVER leave the WOMB. If you can’t find someone to accompany you everywhere you go, in a crowd, with a flashlight, a drink tester and a taser, just crawl back in.

With your friends, that is. LEAVE NO ONEÂ BEHIND. 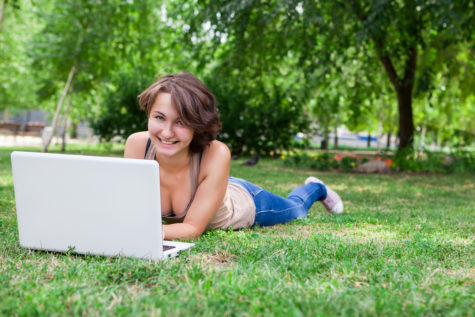 Girl Believed What School Taught Her About Stranger Danger, and Created a Panic
Mom Arrested for Letting Child, 10, Shop Alone at Lego Store

79 Responses to “3 Rules I Made My Daughter Swear to Obey at College” — Do Any of Them Make Sense?