Though we are exhorted to live in a constant state of hysteria when it comes to our kids, some people get just too fed up — or tired — to heed the latest Â safety “advice.”Â Here’s kaenekfdsa
one of them! Let us salute Anna Claire VollersÂ on Alabama’s AL.comÂ  for her dismissal of the nattering nabobs of helicoptivity. (Hey — is that a new word i just coined? Kids living in helicoptivity? Are they helicoptives?)

5 photos of your kids you shouldn’t post on social media & why I do it anyway, by Anna Claire Vollers

“5 photos of your kids you shouldn’t post on social media.” That was the headline of a story I clicked on this week. I can be a sucker for parenting advice.

As I clicked through the story, I realized I’ve posted photos in every single no-no category.

About a nanosecond later, I decided I don’t care. Not really.

I love sharing photos of my family on Instagram and Facebook, and love seeing photos of my friends’ kids as well. Social media isn’t some weird fad; it’s how many of us chronicle the lives of our families. Instagram has become something of a family photo journal for me, and at the end of each year I pull photos from Instagram to use in photo albums.

But there are millions of internet creeps out there, you might say. What about privacy? Safety? Sensitive information? THINK OF THE CHILDREN.

As a journalist, I have to be social media-savvy. I know exactly how much information a random person (such as myself) can find out about folks who don’t use their online privacy settings.

I also know that if someone really wanted to find out my kids’ last name (hint: it’s Vollers!) or their address or my phone number online, they could find it….So forgive me if I’m not overly concerned about worst-case scenarios causedÂ by posting a photo of my kid at preschool.

She goes on to explain the same thing one you once put so succinctly in the comments: The media is not there to inform you, it’s there to make money:

Despite what you see in the media, child abduction by a total stranger (and from an online photo!) is incredibly rare. These kinds of headlines are written to create a sense of fear so you’ll click on the stories and thus boost the news outlet’s advertising revenue. 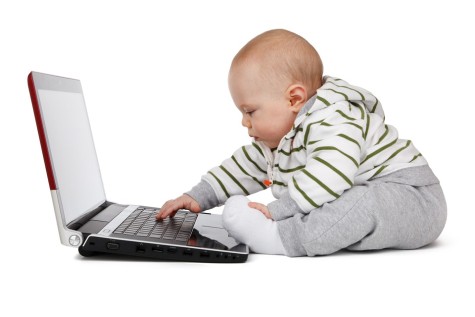 For the love of all that’s good, do not post that selfie!!!

Kids As Young As 9 Are on the Sex Offender Registry…for Life
Disease, Fire, Explosions, Death: An “Expert” Discusses Why You Can’t Let Your Kid Wait in the Car