Here’s kyfsnsffti
a heartening story from Texas: Five-year-old Allison Anderwald was sitting on the edge of the pool when her mom suffered a seizure in the middle of the pool. Allison immediately —

…dove into the water, and started pulling her mom to the shallow end.

It took several tries, but Allison didn’t give up.

Once she got her mom to the shallow end, she turned her over, pulled her head above water, then went inside for help.

Allison’s sisters and aunt, Tedra Hunt, came rushing out to get her momÂ out of the pool.

“She was really heavy, and I could only get the top part of her out, and then her other daughters ran over and helped me get her out, and so, Allison was able to do that on her own. And so, it’s a miracle,” Hunt says.

Allison has been swimming since she was two and a half.

As Larry Txeast, one of the folks who sent in this story, wrote, “It goes to show–it’s better to teach your children how to swim than it is to ‘protect’ them by not letting them in the water at all like most parents I see tend to do.”

Totally agree. It also suggests that YMCAs and other facilities that insist that a parent always be just one arm’s length away from their kid in the pool are making it hard for anyone with more than one child to ensure their kids learn to swim.

Finally, it also goes to show that the same age kids that our laws and customs are treating as almost inert, are thinking, acting human beings. We think we are helping them by keeping them in a cocoon of safety. Better to let them spread their (water) wings. – L. 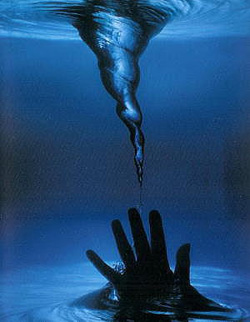 A 5-year-old saved her mom from drowning.Â