August 12, 2012
Hi fhkdszsika
Folks — Here’s what the “stranger danger” lectures kids are getting at school looks like to a girl with the X-ray vision of Superman and the snark of a Â middle school brainiac. Â — L
Â
Dear Free-Range Kids: I live in Edison, New Jersey. It’s a town with a large population, but for the most part people know each other pretty well. In elementary school, one of the parents told the school nurse I wasn’t wearing a jacket and the nurse called my parents and threatened to call DYFS, although the coat was in my backpack. This last year I was on a trip where a supervisor told me at 14 I was not yet old enough to decide that 60 degree weather was warm enough where I could hold my windbreaker and not wear it. Basically, I live in a town where everyone looks out for each other, no matter how annoyingly condescending their attempts at protecting us are.
Every middle school here had an assembly on “internet safety.” The man was talking to us about measures to take on social networking sites, which is of course not bad advice, though I’m much more concerned about bullying than rape. He told us two stories, the first of which was about a teenage girl who posted on her Facebook page that she would be home alone for the weekend, as her parents are out of town. Some strange man found this andÂ  basically followed her to school, where she was cheer-leading, then followed her home and tried to invade, where he was stopped by the security system and everything went fine. The details are a little blurry, because honestly, I had my iPod out and was Googling the situation, which I’d decided was either made up or exaggerated. I found no results on Google and wrote it off as BS, I passed the iPod to one of my friends, who nodded, and we were more or less twiddling our thumbs, as I’m sure all schools intend their students to spend a majority of their time doing.Â Then, he goes onto another story, the kind that is obviously manipulative.
This time he talks about an eight year old girl, who had posted on her Facebook page that she was going to the park. Some man found the girl at the park, called her by name and told her his puppy was missing, then asked the young girl into the car with him. She does.Â The girl then looks down at the locks and realizes they’ve been duct taped. They go on to say she was raped, and if memory serves, killed.
At this point I’m pretty disgusted at the lengths they’re going to make us fear everything. It’s a sad story, and if it’s true, my sympathies are with the family and the incredibly rare situation which just occurred *also not on Google*. Then, they go on to tell the story of the kids who were bullied to the point of suicide because of things on Facebook. It’s ridiculous to assume that someone bullied on Facebook killed him or herself simply because of that, and as someone who knows victims of suicide, it’s personally offensive to watch it used solely as a way to prey on children and make money.
The way they’re telling the story, though, is obviously the media version. They’re selling propaganda, because the school district isn’t going to write a check for them saying everything is fine, just keep living.
After that, comes the sex offender registry, basically if a girl sends a naked picture of herself, then she’s a sex offender for manufacturing and distributing child pornography, and whichever lucky bloke she sends it to is in for possession, and if he happens to share the gift with one of his friends, then he’s got distribution too. While young girls probably ought not be full-frontal on their cell phone cameras, it by no means warrants (pun kind of intended) an arrest. Then they talk about how social networking allows drugs to be sold more easily, blah, blah, blah.
What they’ve basically done is terrified the five children who “respect” adults enough to believe everything they say; and given bullies the advice that, basically, in-person and physical bullying is better because it doesn’t leave a paper trail; and given a few sleazy kids in the audience a good way to sell more drugs. They have also have completely degraded women and young girls, who now have to feel like they will always be targets, that they are in fact not strong enough mentally or physically to defend themselves without an alarm that alerts the police every time the wind blows too hard, criminalized both teenage boys and men, and wasted the time of everyone in the audience. It basically culminated into a three-period-long assembly where everyone was crammed into the gym that could have been made more productive by handing out jump ropes.
Sorry I got a little ranty here. It just annoys me because my entire life I’ve been told what I’m not capable of deciding for myself. – Hope, a New Jersey just-starting-high school studentÂ
Lenore again: I wrote back to Hope that the only bone I had to pick with her is about sexting — I think it IS a good idea to be warned about that, because the sex offender laws ARE Draconian and can Â twist consensual behavior into hard time. And Hope — so brilliant — wrote back:Â
Â Of course sexting is a bad idea, as it can be permanently circulated. But it’s just not right to put a girl who took a picture of her own breasts in the same category as an adult doing it with small children. The laws should adapt as society does, and unfortunately there’s not enough of that.
Lenore again: Wow! Wish I’d been that brilliant before I even entered high school! Or after! Let’s hear it for Hope!Â 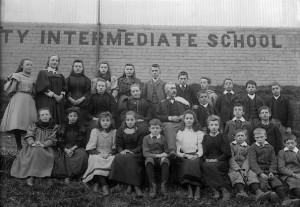 Listen up children…and do NOT consult Snopes!

5 Responses to A Brilliant Girl, a Stupid Assembly (about “Safety”)