April 8, 2015
James ddeabetnzb
Davis, a summer camp consultant and summer camp director, livesÂ in Dover, NH. He wrote to tell me about his Free-Range-y camp. I like what I heard. Â But having spoken at many camp conferences, I’ve come to believe that overnight camp is inherently Free-Range, in that the kids are away from their parents. There’s just something heady about being on “your own,” even in the more structured camps.
Â .
Anyway, Davis’ camp intrigues me because it’s inspired by the Sudbury Valley school. When I visited the Sudbury in Framingham, MA — the mothership — I felt like I’d stumbled onto some secret truth that also looked way more fun than anything else I’d ever seen. (Here’s a great piece about it.) And it was SCHOOL! So here’s James’ explanation of his camp:
Â .

In a world that’s restricting kids more and more, running a summer camp that advertises only having three rules might sound like less than a wise idea. But for the last four years, that’s exactly what we’ve done.
.
You see, I used to run a very traditional “small group” summer camp, but it never felt like something Iâ€™d do forever. I took a seven year hiatus from summer camping to play professional poker, before finally getting married and having my first son.
.

Becoming parents changed our perspective on a number of things, but most profoundly as it pertained to how kids should learn. Nothing resonated with us until we learned about theÂ Sudbury modelÂ and un-schooling..We fell totally in love with the idea of kids being self-directed, and knew we wanted to parent our kids that way. We also started wondering why no camps were applying these ideas. Why shouldn’t camps, which have no academic expectations, just let kids do whatever they want? What would happen?.So we started one, and it went really well. We doubled the enrollment of the camp in two years, camper retention shot through the roof, and the experiences we had were deeply moving.Â
.
In our community, the only enforced expectations are to be kind, not physically endanger anyone, and not do anything illegal. There are no bed times, no forced interactions, and no mandatory activities.
Â .
The law requires that kids be “supervised,” but we try to do that in the least intrusive way possible. We allow for privacy and autonomy while keeping an eye on campers from a distance. We also have a totally different take on “behavior management,â€ stripping away the authoritarian paradigm. “Consensual interactions” is the name of the game for our 100-120 person community.
Â .
This freaks a lot of people out. How will the kids learn anything? Wonâ€™t they walk all over you?
Â .
Spoiler alert: kids didnâ€™t want to walk all over us. And they do learn things! While we do our best to provide fun things for kids to do, we donâ€™t create the magic at our camp. The kids do.
Â .
Iâ€™ll never forget the first time a counselor hung up some sheets of paper with the header: â€œCamper Activity Ideas,â€ The first sign up? A young boy who wanted to take a boat to the other side of the lake — to find velociraptors.
Â .
What he did find was almost 20 kids to go with him. We assigned some staff members to accompany them.
Â .
Then a 13-year-old boy came to me and said, “James, there arenâ€™t any velociraptors over there. But what if some of us older kids went over? What if we pretended to be the natives on the other side of the lake? If we covered ourselves in mud, and shook spears?â€
Â .
So they did. They surprised and delighted the explorers. Memorable!
Â .
This story isnâ€™t unique. Weâ€™ve had kids protest the de-planetization of Pluto, travel to Narnia, re-create the moon landing… They also stay up â€œtoo lateâ€ sometimes, and theyâ€™re very tired the next day. They make other mistakes, too. But what better time to make mistakes, and learn from them, than when youâ€™re a kid — at camp?
Â .
When kids are given trust, they donâ€™t want to take advantage of anyone. They just want to lead their own lives, and learn whoÂ theyÂ want to be.
Â .
Our job is to let them. Â – J. D.
. 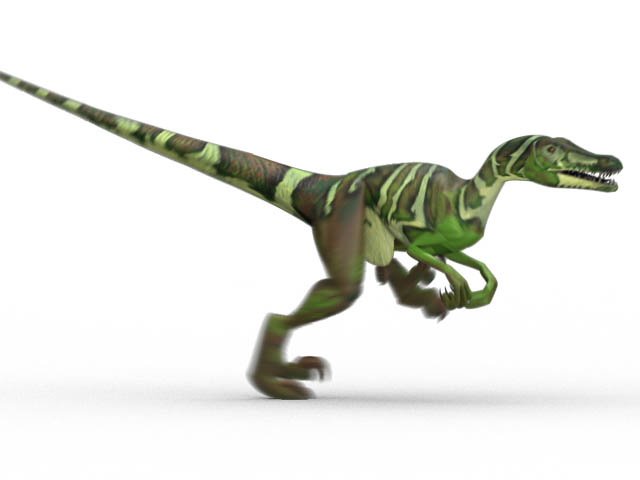 One camp rule: Feel free to hunt for velociraptors.

Boy with Autism Wanders Off, Frantic Mom Searches, Calls 911, is Cited for “Suspicion of Neglect”
“I Found Myself Agreeing with Your Work…But I Wasn’t Letting Go”

28 Responses to A Camp with Only 3 Rules