What an honest — and funny! and sad! and exhilarating endorsement of Free-Range Kids by veteran journalist Philip Lerman. His piece appears on the CNN Website:

Two, I did not have a heart attack.

Taken separately, neither of these events would be of particular significance. The fact that they occurred simultaneously, however, is a minor miracle.

It’s not that I am one of those neurotic fathers who is constantly living in fear that something terrible will happen to his child.

It is that I am the poster boy for those neurotic fathers. I am the guy who made a 3-year-old wear a bicycle helmet to go on the swings, who hid outside the preschool yard to keep an eye on his kid, the dad who refused to let his son play catcher on the Little League team because oh my God, right, like I’m going to let you stand next to people swinging baseball bats. Kill me first, so I can turn over in my grave just thinking about it.

As miserable as he was made by his anxiety Â (perhaps vastly increased by the fact he was co-executive producer of John Walsh’s “America’s Most Wanted” and co-authored Walsh’s book, “Public Enemies”), Lerman was devastated by seeing his fears infecting his beloved son Max:

About two years ago, Max began calling up from the school nurse’s office, complaining about stomachaches and begging to come home. The situation got worse: Morning after morning he’d be curled up in a ball on the couch, unable to go to school, barely able to speak.

He missed 20 days of school that spring before we figured out what was going on. Max was diagnosed with a severe anxiety disorder. His fears had broken through the emotional-physical barrier: they were literally making him sick. Almost overnight, our fun-loving, outspoken, cheerful, full-of-life boy was under siege by a dark force that attacked, almost daily and without warning.

As time went on, the bouts of anxiety became less frequent. But they became no less severe. And to be perfectly honest — and selfish — they were as hard on me as they were on him. His anxiety attacks sent an electric, icy fear through every nerve in my body, a fear that held me in its steely grip, a grip that I was certain would stay with me all the days of my life. And of his.

With the help of some medication and cognitive behavioral therapy (nb: my family has used both!),Â Max’s anxiety greatly abated. Â And so, concludes Lerman:

I learned, for his sake, it’s time to let…go.

This is not so surprising to me. Â I have seen this phenom over and over again on my TV show and also through the Free-Range Kids ProjectÂ schools are doing, whereby they ask the parents to let their kids do ONE THING on their own (walk the dog, make dinner, take a bus), and both generations end up delighted by how simple and normal this turns out to be. In fact, parents are hardwired to be deliriously proud of their kids when their kids surprise them with their competency. As I sometimes ask parents at my lectures: “At what moment did you feel proudest of your kid?”

It’s usually when the child did something on his or her own. A good deed, a difficult task, or something brave.

So kudos to Lerman for being brave, too, and taking a step back for his son’s sake. Here’s to the spread of sanity and joy as we realize how helicoptering our kids does not give us peace of mind. Quite the opposite. – L. 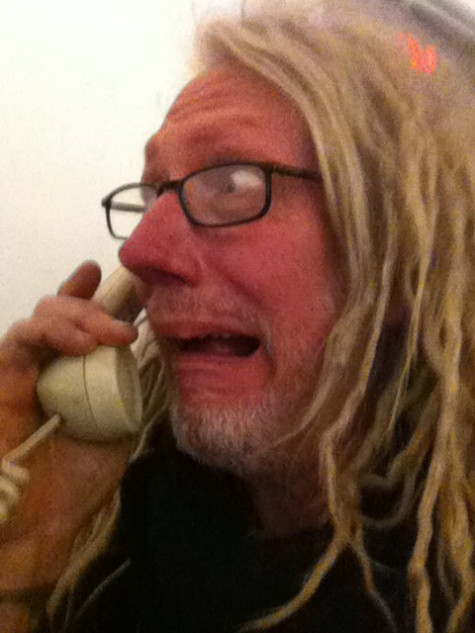 Anxiety is no fun. (And this is not Philip Lerman.)

Tired of Worrying Someone Will Report You For Letting Your Kid Play Outside or Wait in Car?
How Shockingly Easy it is For Child Protective Services to Ruin a Family’s Life