Readers knbetthdfy
— This tragedy happened over the summer, but recently resurfaced as an investigation opened. Briefly: A British man was taking photos of teens vandalizing his hanging Â plants in order to give their pictures to the police. But he was mistaken for a “pedo” taking pictures of teens for kicks. When the police came to get him, the neighborhood screamed, “Pedo! Pedo!” as he was led away. Although the police quickly realized their error and understood the man was perfectly innocent, he was murdered two days later. Here’s the note I got about it:

Dear Free-Range Kids: Proud Free-Range mom here. Â I just wanted to pass along a news article in case you hadn’t seen it; this is an *incredibly* tragic example of worst-first thinking gone wrong.

The “all men are pedophiles until proven otherwise” aspect of “worst-first” thinking is an issue that hits particularly close to home for me, as one of my dearest friends is currently in prison (wrongly, I have very good reasons to believe) for molesting his daughter.Â  The girl was a troubled child and a habitual liar, and he was engaged in a bitter custody dispute with her mother at the time.Â  He was also sharing a rental house with me and my family at the time, and his arrest turned all of our lives upside down.Â  I was questioned personally by CPS regarding my own parenting and my relationship with my son, and during the time leading up to my friend’s trial, the daughter changed and embellished her story so many times I became constantly afraid that one day they were going to come back and take my husband away as well, though thankfully that never happened.

The experience was eye-opening, and over the years I have become much more aware of the unique danger of being a man around children in today’s world.Â  I think back to teachers I had in junior high in the late 1980s who let me hug them on the last day of class, but only in the presence of other teachers and only with their hands firmly clasped behind their backs, not hugging back. I was bewildered at the time, but I understand all too well now.Â  And it breaks my heart that my son, now in high school himself, is growing up in a society that may view him as a potential pedophile for interacting with children.

I don’t know if this is one for the blog or anything, but I just wanted to send it along.Â  Keep up the good fight against “worst-first” thinking. Its consequences can be unspeakable. – Sad MomÂ 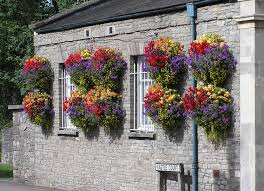 The murdered man was trying to catch the kids vandalizing his plants.

When We Let Boys be Boys (Get Out Your Hankies!)
Does More WORRY = More LOVE?