This is how itâ€™s SUPPOSED to work:

Dear hfsbsidfsr
Free-Range Kids: I feel very fortunate that we live Â in Northern Alberta, Canada, where the kids play outside all day, all year!

Last summer, we had the biggest scare of our lives.Â  It was the last day of school and I was resting in my bedroom while my husband worked outside and my cousin supervised the three kids.Â  My son, who had just turned three, wandered up to see me on the second floor, but then left.Â  I assumed he had rejoined the party downstairs, while my cousin assumed that he was with me where she had left him.

About an hour later, I went to find my son to put him to bed and he was nowhere.Â  We checked everywhere in the house before realizing that he must have left through the front door when one of our older children left it open.Â  I immediately called 911 while my husband grabbed his bike to search the streets and fields surrounding our house.Â  The 911 dispatcher took my sonâ€™s description and then called our local RCMP [Royal Canadian Mounted Police] detachment.Â  She then phoned us back to let us know that my son Â was at the detachment!

When I got there, I was a wreck.Â  The officers told me that my son had been standing by the road when a couple from a nearby town saw him alone and stopped.Â  They looked around for a bit for his parents. (Isnâ€™t that the best part?)Â  Realizing that he was truly alone and not knowing where he belonged, they brought him to the RCMP.

When I was visibly distressed, the main officer told me that as the parent of two toddlers, he completely understands how young kids can sometimes get out.Â  He reassured me that I was not a bad parent and that my son had been entertaining and happy the entire time.

In the next month, we had a call and quick visit from child protective services to make sure that this was truly an accident.Â  We have added alarms to the doors and become extra-vigilant about the â€œhanding off responsibilityâ€ protocol.Â  We also have made sure that our now son, now 4, can say his name and ours clearly and we’re working on the phone number.Â  Convincing him that he canâ€™t leave the house without telling us is possibly a losing battle.

Other than my own mistakes in this story, I believe that it shows exactly how rational adults and professional agencies should handle these situations.Â  I was given the benefit of the doubt and my sonâ€™s safety was prioritized throughout the entire ordeal.

Imagine that! Kindness, no rush to judgment, and concern with actual rather than perceived danger. Oh Canada! 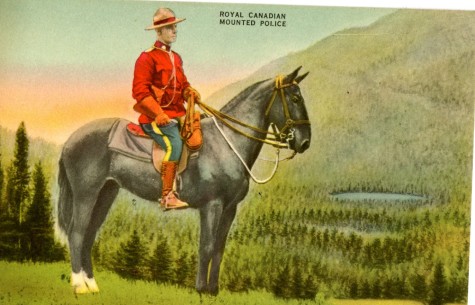 Let’s hear it for the Mounties!