The dthiizzhfh
woman who looked to be about 60 walked up to the podium and spoke in a quiet voice. She was at a St. Louis synagogue that was hosting an evening of presentations about the sex offender registry. I spoke, too. But this mom’s story has haunted me in the weeks since. I asked for a copy of her speech, which is below. She prefers to remain anonymous. – L.

THE SEX OFFENDER REGISTRY AND THE MENTALLY DISABLED

I am a mother, advocate and caretaker of a 30 year old young man with

IDD. That is an intellectual and developmental disability, formally called

Mentally Retarded. I am also the co-founder of a national group called

Legal Reform for the Intellectually and Developmentally Disabled.

My son has been on the [sex offender] registry since 2012. But the story really begins on

walking and making cute baby sounds. At age 2 there were very few words. At age 3,

no progress was made in speech and the seizures started. Testing began.

Hospital and received the difï¬cult results of all the testing. We were told our son had

deficits, cognitively and developmentally. Most importantly, we would need to prepare

for Adamâ€™s future because he would need to be cared for for the rest of his life.

This conversation changed the course of our lives. I gave up a career so I could devote

my life to my sonâ€™s education and care. The decision was made to not have any more

and working in all his schools so I could keep watch. All this was to integrate our son in

the community and try to establish a happy life for him.

His love was competing in Special Olympics. He played softball, soccer, bocce ball,

bowling and golï¬ng.Â  He swam and competed in power lifting. He has many gold

medals that he is so proud of. His social life was spending supervised time with his

peers in special recreation activities, such as a movie or a dinner out or a game night.

He learned to scuba diving through the Diveheart Organization, who teach diving to the

disabled. He was so happy when he did his scuba diving.Â Due to registry rules

andÂ regulations, Adam is no longer able to participate in any of the above.

career. His life is with us, his parents. He cannot cook for himself or pay bills or even

take a phone call. He has sensory issues. He cannot wear certain fabrics of clothes.

He wet the bed until the age of 16 when he ï¬nally gained control. He needs help with

his daily living. Â He had a small part-time job for 5 years

hosting and cleaning tables at a restaurant. He was let go because of his conviction.

When our nightmare began in 2012, we had a risk assessment done on Adam. The

perversions. He is a polite, compassionate and naive young man who functions at

about the age of ten years old.

My son cannot distinguish when someone is lying to

him. He is extremely susceptible to persuasion. Teachers, aides and

psychologist wrote reports fearing that he would someday be taken

That someday came in 2012. A 22-year-old neighbor coerced my son to

expose himself to an underage female. We also found out that this

neighbor had been sexually molesting my son for a period of time. My child

19 felonies. We fought this travesty for a year in court.

son into saying whatever he wanted him to say. Years of documents were

submitted to the court showing evidence of his disabilities. Medical reports,

The prosecutor offered a plea deal. One misdemeanor charge of exploitation of a

minor, 2 years probation with an ankle bracelet and ten years on the

Our son could not survive in prison. We took the plea. On the day we

accepted the plea, our attorneys whispered in his ear what he had to say to

the judge, because he did not understand.

he moved it would go off and they would come to get him. My son had to

leave our home since the victim lived next door. He is incapable of

surviving on his own. My husband moved out with my son so he could care

for him. We all had to follow the curfews for 2 years and get him where he

needed to be. I cut work hours to take him to probation check in. We have

to take him to register. We are responsible for all the rules and regulations

because my son is incapable of understanding the requirements.

The registry restrictions drag families into fear, instability and emotional

distress. For me, it let to a road of anxiety meds, antidepressants, sleeping

pills and therapy. My husband now has high blood pressure and

depression. My son has health problems, depression and the last 2

This is due to isolation and no stimulation. No moreÂ Special Olympics.

He was let goÂ from his small part time job cleaning tables. This was the source of his

independence. No one will hire him now. He sits at home all day isolated

The ï¬nancial toll on our family has been devastating. We have spent over

$150,000 of our retirement money and money we saved for our sonâ€™s future

relocating my son and husband. (I have remained in our nearby home for the time being.)

We are a good, law-abiding Christian family brought to our knees by a

system that makes no attempt to look at people as individuals and recognize their needs, their

supports and their vulnerabilities.

lives. Where will my child go when my husband and I are no longer here to

care for him? No group home will take him. No nursing home will have

him. His sister loves him dearly and will take care of him, BUTâ€¦. how will

she be able to?

I provided a life for my son so he could receive the support, socialization

and services he needs to survive and ï¬‚ourish for the rest of his life.

Instead we all live with in isolation, fear and the stigma that we are â€œscum of

If any of you have or know someone with a special needs child, you all

know that when the child is young everyone â€“ the schools, the community — try to

do what they can for the child. When that little special needs child grows

up their disabilities donâ€™t go away, but society doesnâ€™t care any more. That

This mom ended by asking listeners to work to reverse the laws that turn the intellectually disabled into lifetime pariahs. She also urged us to go toÂ Change.orgÂ and sign the petition for “Abolish the Sex Offender Registry.” Â And she invited us to visit theÂ very spare LIRRD siteÂ where it says:

Currently, the criminal justice systemÂ makes little or no attempt to understand this population or to recognize their unique needs, supports and challenges. Criminal prosecutions of these individuals often lead to disastrous consequences for children and their families without any benefit to the public.

Our goal is to make changes that will save these children from the unnecessary cruelty that the criminal justice system is putting them through. Implementing this goal will require educating legislators, prosecutors and judges about this population and their need to be understood, rather than prosecuted, by the legal system.

Free-Range Kids believes that Adam’s ordeal is not making children any safer. At the same time, people with intellectual disabilities are at grave risk of being branded as “sex offenders” when they are actually innocent in so many senses of the word. These laws must change. – L 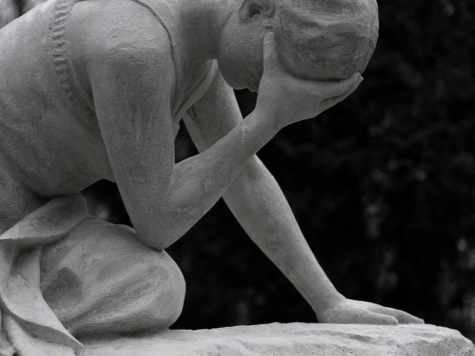 A mother whose son loved the Special Olympics grieves for the modestly happy future she’d hoped for her son, now on the Sex Offender Registry.

My Child Had to Take Two Buddies AND a Counselor to Go To the Bathroom at Night
“NO LIFEGUARD” Sign at…Sprinkler Park?