Â Dear nebbentesy
Readers — A few of you sent this sad notice in yesterday. It came from USA FAIRÂ — “Families Advocating an Intelligent Registry” — a group trying to reform our sex offender laws that are too encompassing to be fair or effective. (You can get on the sex offender registry for peeing in public, going to a prostitute, even having consensual sex with a teen your exact same age — none of which pose a threat to children.) I once interviewed Rev. Hess for an article on sex offender restrictions on Halloween. Wish I’d spoken with him more. Â – L.Â

It is with great sadness that we mourn the loss of Rev. C David Hess, a co-founder of USA FAIR.Â  David was the founder of the SO Hopeful NY support group website for former offenders in New York and was known as “The Parson.” A Baptist Minister in West Henrietta, NY, David extended his ministry beyond his church to reach out to give comfort and support to law abiding former offenders and their families who have struggled with the collateral damage of the sex offender registry.

David was a key figure in the launching of USA FAIR and we will miss him enormously.Â  The best tribute for David comes from his own words and deeds. An advocate for reform up to the end of his life, David sent the following letter to his New York State Senator just days before he passed on March 7th.Â  We reprint it here in tribute to David.Â  May we continue the struggle for justice with his grace. – USA FAIR

I donâ€™t mean this to be a downer, but I am presently receiving palliative care in Strong Hospital in Rochester. I was diagnosed with advanced lung cancer two weeks ago.

I have met on two occasions with your staff with other members of USA FAIR (Families Advocating an Intelligent Registry). I felt the need to tell you more of my personal story in what is likely to be my final communication with you.

I am the pastor of the West Henrietta Baptist Church and a respected leader in the community. I also am a Level 1 registered sex offender. In November of 1996, a computer technician found obscene images of teens on my computer, which I had downloaded from the Internet. It would be a very long story for me to go into all the details, but suffice it to say that I pled guilty to a misdemeanor charge of attempted possession of an obscene sexual performance by a child. I paid a fine and served a year on probation. I resigned from the church which I was serving at the time. (First Baptist Church of Hamilton, NY, the mother church of Colgate University).

I underwent two extensive psychological evaluations, which found that I posed â€œno meaningful threatâ€ to anyone. After evaluating all the circumstances of my crime and psychological evaluations, the mainline denomination of which I am a member was supportive of my continuing in pastoral ministry. I have been serving my present church since April of 1998. I informed the entire congregation of my criminal conviction during my initial interview. My church is thrilled to have me as their pastor, and believe me; I am thrilled to be serving them. Considering all the hysteria that there is around this issue, I have been blessed to be surrounded by many people with a sense of rationality and grace. Of course, I have experienced the irrational and hysterical as well.

Of course, since quite a lot of new people have joined our church during my tenure, I am sure that quite a few present members do not know of my past.

I write all of this to say, when you are enacting sex offender legislation in the future, please keep me in mind. Many (actually most) former offenders can live safely in the community, never re-offend, and become productive members of society, if given a chance.

Myth based laws that lead to unemployment, homelessness, and isolation increase the risk of recidivism and make for less safe communities.

I know that you know all this.

I am finding my last days to be quite rich and meaningful. It even has had its funny side. When your times comes (I hope long in the future) that it will be as good for you as it has been for me.

At least my death will get me off the registry. 🙂 I had hoped for a different exit. 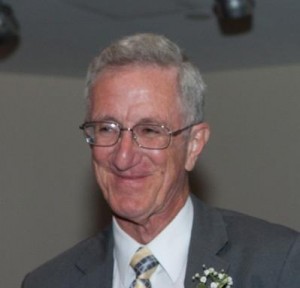