We either live in a world so teeming with evil that encountering an adult when you’re a child is ipso ienniendbk
facto dangerous.

OR we live in a world so safe that encountering an adult when you’re a child is, for lack of anything else to report, news.

YOU make the call. This is a story, in full, from Guelph, a peaceful Toronto suburb (where I actually shot my first episode of World’s Worst Mom):

A scary situation for a young Guelph boy.

Guelph Police say the boy was approached by a man while walking home from school in the area of Stephanie Drive and Deerpath Road on Tuesday afternoon.

The man was driving a black vehicle and is described as white and in his 40’s.

After a brief conversation, the boy ran from the scene, he was not hurt.

Police are asking you for your help finding the man and anyone with information is asked to contact police or Crime Stoppers.

I love how people are asked to contact Crime Stoppers as if there was a crime that had to be stopped. 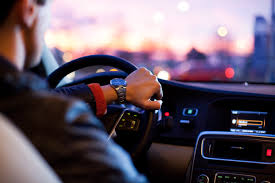 44 Responses to “A Scary Situation for a Young Boy”