June 11, 2013
Readers kkhskssfsa
— This letter comes to us from a mom in Alberta, Canada, who is giving me a lot of hope. Change can be swift and, since it makes everyone happier, lasting.
.
Meantime, this intro Â comes to you from Vienna, where I just flew in (arms tired, etc.) to give a talk tomorrow at the international Velo-CityÂ conference. Guten tag! – L
.
Dear Free-Range Kids:Â Â I started a new job about 2 years ago at a small non-profit with about 20 employees. Â Most of my coworkers were from a suburb Â that is known for being….well a bit uppity and above everyone else. Â It’s A LOT about appearances out there. Â Anyway, we have a great workplace culture made up of mostly mothers, but it was definitely a culture of overprotecting being what made you a good parent.
.
I had always stayed quiet because I was new and about 10 years younger than most of them. Â But, I remember one coworker coming in and being all hush hush because she had to leave her nine year old daughter home by herself for an hour. Â She literally whispered it to us, seemed ashamed by it, and went on about how she would never do that normally and all the safety precautions she had taken that might make it ok just this once, etc, etc.
.
Although there had always been a “you can never be too safe” mentality, I took that moment to step up and say that I didn’t think that was a big deal at all and if she thinks her daughter is mature enough (which she did) that of course she can stay home for an hour, even without excessive safety precautions. Â The look of relief on her face was quite satisfying!
.
After I chose not be ashamed of the Free-Range moments we have, and started sharing them with the group. Â I also started questioning the overprotective parents about what they were truly afraid of, and gently challenged them on their fears when the situation arose.
.
About a year later, we were sitting at the lunchroom table and the issue of parenting came up, and I noticed that it was the parents preaching about “teaching kids to be safe” and empowering them to be independent and embracing their abilities who were loud, outspoken and confident, and it was overprotective parents who seemed quiet and not wanting to share their tales of how they keep their kids safe.
.
The norm had shifted. Before, being overprotective was the accepted parenting norm, and now it was the opposite. Â Given that we have a very strong culture, I was amazed at the shift in such a relatively short time. – A Free-Ranger Up North
. 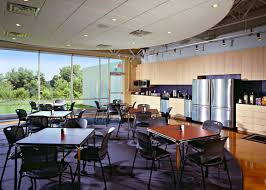 Lunchroom chats can change the world!