A squirrel chomped the leg of a senior citizen sitting on the porch of a retirement home in Deltona. WESH diiihhyyzb
TV reports that the victim ran inside, furry felon still attached, whereupon it bit three more seniors. This is terrible. (Especially for a squirrel fanatic like me. One bad squirrel does not a bad species make!)

Anyway, I bring it up Â because at the end of this “news” story, the reporter (“Robert Lowe”!!!) says in all seriousness, “Tonight I spoke with the parent company which runs the senior living center here in Deltona. They described in detail what happened but did not say what if anything they’re doing to prevent another attack.“

What does Robert Lowe think should happen? Perhaps the parent company could chop down all the trees on its property, or cover the porch in wire mesh? Maybe it could hire some squirrel assassins? Give HazMat suits to the golden agers who inisist on venturing outside?

My point is, this “SOMETHING MUST BE DONE!” mentality is doing us in. It’s making us dumb, scared, wasteful, ungrateful…. It’s the same thing we saw whenÂ Applebee’s accidentally served a toddler an alcoholic drink. Because this happened to come on the heels of a similar incident or two — out of the millions and millions of meals Applebee’s serves at more than 2,000 locations across America — it vowed to serve only individual-size juice packs to kids from now on. As if they’d been deliberately giving kids mojitos just for fun, for years.

It reminds me, too, of the fact that this year there were indeed a few reports of nails and pins in candy this Halloween. These were forwarded to me, as proof of the dangers of Halloween.

Which is, admittedly, a hard thing to parse. On the one hand, billions of pieces of candy didn’t have nails. But a few did. So I guess it does make sense to feel your candy and if there’s something hard or sharp in it, resist the urge to chomp.

But as a country, we have become so infected with the die-hard belief idea that if something bad happens anywhere, ever, even once, that is proof positive that whatever is normally quite safe (ordering applejuice, trick or treating, sitting on the porch) is not safe ENOUGH. Â If you need proof of this conviction, try getting through airport security with an unopened can of Coke. Verboten! No one is allowed to play the odds — even odds of a trillion to one — and let you go through.

And in a litigious society like ours, we face an extra, boomerang worry: After first worrying that an extremely unlikely event is likely to happen again, in the exact same way, we now worry that if it DOES, we should have been prepared! And if we aren’t, it’s our fault! How will we ever explain our negligence in a court of law? So we worry about the highly unlikely happening, and about how we should have been more worried about it happening.

Finally, there’s the media’s role in this whole tangle of irrationality. The news acts as if any person, place or company that doesn’t immediately admit unforgivable nonchalance and institute an entirely new way of doing things just doesn’t care enough. Tsk tsk. That’s why we have to jettison our Coke before proceeding to the gate, and take our shoes off. That’s why CPS gets to insist on parenting lessons for a parent who let their kid wait in the car for 5 minutes, or play outside. There’s never any downside to insisting the very, very safe — the objectively, statistically safe — is not safe enough and must be stopped.

And if, some day, Â a would-be terrorist hides a feisty, rabid squirrel under her wig — rodents on a plane! — you can bet that the TSA will start tugging our hair even as we take off our shoes. 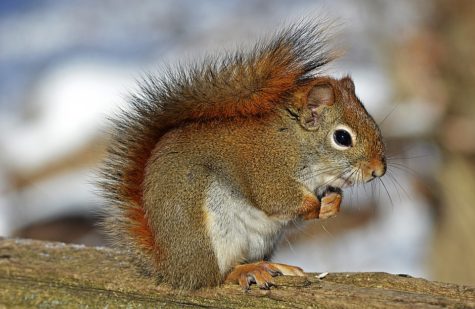 Ho, Ho, Holy Overbearing Helicopter Culture!
Bill Would Cap Jail Time for 18-Year-Olds Who Have Consensual Sex with Other Teens at “Just” 5 Years