Looks fzdazanknb
like the Roseville, California, police department got a little fed up with social media posts going on about local “sex trafficking kidnappers” and “suspicious people.” And so it came out with this amazing document on its Facebook page: True facts about the fears its citizens feel and perpetuate.

First, anytime you see something suspicious, or youâ€™re worried about safety, please call the police department immediately. An officer will be dispatched to the area as soon as possible to check it out. There might be an innocent explanation for the suspicious personâ€™s presence, or the person might indeed be â€œcreepyâ€â€”but weâ€™ll never know unless you call. There are investigative steps officers can take if theyâ€™re called promptly, like interviewing the suspicious person if they can be found, interviewing other people in the area, and checking surveillance video systems in the area to see if they captured any images of the suspicious person or their vehicle. It doesn’t appear that police were ever called about any of the suspicious incidents mentioned in the recent widely-shared post.

Second, the post mentions that the suspicious man was probably a human trafficker looking to kidnap children.This is highly unlikely, as kidnapping by strangers is a rare crime in the United States. Stranger abductions of children are so frightening and so unusual that when they do happen, they make national news. According to national research, children taken by strangers or slight acquaintances represent only one-hundredth of 1 percent (.01%) of all missing children.

Here are some facts about human/sex trafficking in our area:

1. Does sex trafficking happen in our area? Yes, as it does in most populated areas. The Roseville Police Department actively investigates and conducts proactive operations to address prostitution activity and to discourage it in our city. Pimps, johns and â€œfree-agentâ€ adult prostitutes are arrested. Juvenile prostitutes, or any adult found to have been forced into prostitution activity by a trafficker are treated as victims. We work closely withÂ Stand Up PlacerÂ to connect potential victims with confidential services and support.

2. Are adults and children kidnapped by traffickers and forced into sex work? It would be rare, and we havenâ€™t encountered it here. The Roseville Police Department has never taken a report of anyone being kidnapped by a stranger and forced into the sex trade. Our vice officers have interviewed numerous prostitutes and exploited victims over the years, and asked them how they got into their situations. None have said they were originally kidnapped. In our experience, most human traffickers recruit vulnerable people through a grooming/courtship process, developing a relationship, promising love, shelter or security, and then coercing them into prostitution. Often drug dependency is involved in keeping the victim attached to the pimp/trafficker.

In other words: Quit calling wolf, especially when you are looking at a cat. 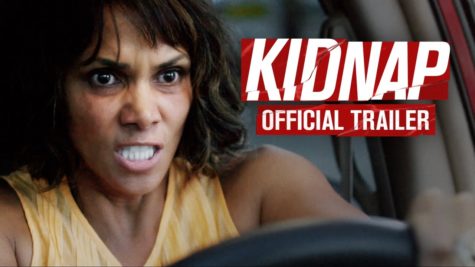 This is a MOVIE, not your local MALL.

52 Responses to “A Stranger Looking to Kidnap and Sex Traffic a Child Is Highly Unlikely” – Roseville, California Police