June 17, 2015
.
This ikfrnrbday
was a Â notice sent out by an Iowa school district. As the resident who sent it to me wrote, “Evidently it is now a crime to even speak to a child waiting for the bus.Â Two men in a truck! Everybody run!” (Boldface mine.)

Subject: Stranger Danger Alert:Â 1300 Block of NW 92nd Street, Clive
.
Dear West Des Moines Community Schools Families:
.
The following information was reported to the Clive Police Department:
.
On May 22, 2015 at 8:35 AM, an 11-year-old student reported waiting for the school bus in the 1300 block of NW 92nd Street in Clive. The student advised two white male adults driving a white pick-up truck pulling a trailer with a lawnmower, stopped and stated, â€œI think I know your name and your parents.â€ No other students were present during this incident.
.
The 11-year-old said nothing and ignored the conversation. A short time later, the bus picked up the student and other students. The driver of the white truck immediately left the area in an unknown direction of travel. The student reported the incident to the bus driver and West Des Moines School staff. Anyone with information concerning this case is asked to contact the Clive Police Department at 515-278-1312.
.
We are grateful that the child knew the Stranger-Danger rules, reported the incident to a responsible adult, and is safe.Â Please help us reinforce safety rules for students. Remind your children that they should not talk to strangers or accept rides from strangers. Ask your children to report to an adult any time a stranger has approached.
.
Stranger Danger Rules Resources
*Â  Â www.safekids.org<http://www.safekids.org/>*Â  Â www.netsmartzkids.orgÂ <http://www.netsmartzkids.org>*Â  Â http://www.mychildsafety.net/stranger-danger.html*Â  Â http://www.safetycops.com/stranger_danger.htm*Â  Â http://www.safechild.org/strangers.htm*Â  Â http://www.childluresprevention.com/parents/tips.asp*Â  Â http://www2.ed.gov/parents/academic/involve/safety/personal_safety.pdfÂ  Â  Â  <http://www2.ed.gov/parents/academic/involve/safety/personal_safety.pdf>

Gee, do you think they give enough resources, considering the momentousness of this event? Those guys with lawnmowers are the WORST. And while we’re at it, here’s another notice someone forwarded me recently:
It sure feels great knowing that parked cars or moving cars — any cars containing adults — will be reported. Can’t have adults in cars around kids! You know what happens next! I shudder! – L.
. 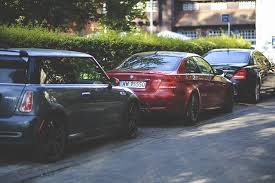 Oh no! Look at all of those! Our poor children!

No Child Left Un-assisted: A Day at the Playground
Boys 10 & 11 Save Two Kids from Burning Home

57 Responses to A Truck Drove by The Bus Stop!