Who among us dares to polka fun at this near tragedy? According to Harold tfzhhihhef
Reutter at the Grand Island Independent, in Grand Island, NE:

A suspicious package that resulted in the evacuation of approximately 900 students and staff members from Walnut Middle School Wednesday afternoon turned out to be an accordion inside a box.

Capt. Robert Falldorf of the Grand Island Police Department said a staff member spotted the box in the band room, but could not recall seeing it there before. The staff member did not think the box looked like it held any kind of band instrument.

Falldorf said the Grand Island Public Schools safety officer was contacted, with that person agreeing that Walnut Middle School should be evacuated as a precaution. All students and staff walked to Grand Island Senior High, which is just a few blocks north of Walnut.

The article goes on for about another seven thousand pages, explaining the protocol followed, and the units involved, including dogs who you’d think would howl anywhere NEAR an accordion. But no:

[Faldorf] said the State Patrol brought a canine unit, although he did not know whether the dog was used to help determine that the package was harmless. The State Patrol bomb unit determined that they could open the latches on the box, and that is when the accordion was discovered inside.

Sweet Lady of Spain, that was a close one. Naturally, there was a press conference:

Rick Ressel, GIPS safety coordinator, held a brief press conference at Grand Island Senior High to provide a few more details about the evacuation. He said that the latched box for the accordion did not look at all like a normal container for a band instrument or any other instrument.

Let’s get this straight: That box did not look one OUNCE like it contained an instrument! If anything, it looked like the kind of box you’d use to ship a small nuclear device to the band department. The kind of thing some disgruntled flautist would use.

While in the end, nothing bad happened, the incident did call to mind another big day in Grand Island: The Foul Smell of 1998, when the entire school was also evacuated. Though many students were taken to hospital by ambulance, Reutter reports that,  en fin, “no students or staff members suffered any injuries because of the noxious odor.”

So, so far two for two, when it comes to Grand Island narrowly averting mass exterminations. But you never know. You just never know.

P.S. The accordion happens to be my favorite instrument. For real. It deserves better than this! 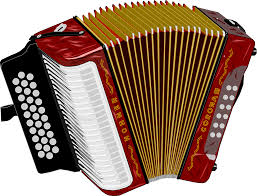 Boy, 9, Addresses Rhode Island Senate About “No Child Under 10 Can Stay Home Alone” Bill
UPDATE! Girl, 11, Babysitting Her Siblings Could Not Save Them in Tragic Fire. Start the Parent Blaming?