June 18, 2012
Hi fardsbeiyd
Folks! Here’s a heartfelt letter from a mom haunted by the horrible stories we hear all the time (sometimes decades later) of murdered children. Though she said in subsequent, very sweet notes to me that she doesn’t want any help, and is raising her kids the way she feels is right — as are we all! — I’m wondering if you have any kind words that might help her feel a little less pessimistic about strangers.
.
Dear Free-Range Kids: I was a Free-Range Kid.Â I understand the theory behind letting your kids Free-Range.Â  I even support and feel positively about the idea of Free-Range.Â  And then I see ANOTHER interview with John Walsh–whose child was one aisle over from his mother in a store before being abducted and his head cut off — or Stan Patz, whose child was just walking to school when he was snatched, or Marc Klaas, whose daughter was sleeping in her own bed before she was grabbed by a psychopath and brutally raped before being fatally savaged to death, and I just can’t do it.
.
I just can’t.Â  50 dead kids a year is a wholly unacceptable risk in my mind.Â  And remember, we’re talking 50 kids who end up being lucky to be dead after the rape and torture they endure.Â  Remember, we’re not talking about the chances you’ll pick a yucky watermelon or miss the bus here.Â  One kid being violently murdered is the end of the world if it’s a child in your life.Â  I’m not going to helicopter my kids, but listening to John Walsh talking about listening to tapes of tortured children to see if he could recognize his son’s voice (which he couldn’t because Adam had already been beheaded by the time the tape was made) will haunt me forever.
.
And I understand the responses already being formulated — those are isolated examples, that’s only three out of millions, crime statistics are down/misleading/hyperinflated, we did it when we were kids and we’re fine, etc.Â  These are all responses I’ve had from my three brothers (none of whom has children, incidentally) and they are perfectly reasoned responses.Â  They just aren’t enough to make the risk worth it for me. – A Â Mom of Four
.
My Response: Coping with Risk
Dear Mom of Four: I think the really important word here is “risk.” It’s different from the word “risky.” Risk is unavoidable. It’s a part of life. It’s something we take every time we put our kids in the car, for instance.
“Risk-Y” is something else, an activity or decision that is likely to cause harm, like driving blindfolded. When we define all risk — even the risk of letting Â our kids wander one aisle away from us at the store — as “risky,” it becomes very hard to do anything other than keep our kids by our side at all times. Â
Which is not to say you must Â let your kids go off on Â their own, or even sleep in their own rooms (which was the sum total of the “risk” the Klaas’ took). Only that the world we live, despite its imperfections, in is a LOT better than the tape loop of terrifying abductions we see when we turn on the TV. Free-Range Kids exists, in part, to turn that loop off. I’ve invited the readers to share any coping strategies that help them do just that. – L 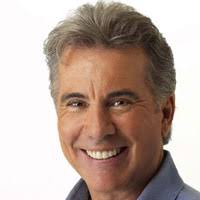 Free-Range at Disneyland (with a 4-year-old!)
Starting Pistol Banned from Field Day — “Too Scary” for Kids

115 Responses to “After Hearing John Walsh, I Cannot Let My Kids Go”