A new app lets folks walking home alert their friends and family until someone among them agrees to “virtually” walk the app-activator home. Somehow this is supposed to make the walker feel safer, because if they drop their phone, or start running from a bee, or veer off course because they smell french fries, OR they are stabbed in the neck with an ice pick, the friend at home will know that something’s wrong. (Unless the stabber takes the phone and continues walking directly to the now-dead person’s home. Then nothing will register as wrong at all.)

How many friends are willing to electronically watch the whole journey, night after night, deciding when and whether to call the police? I guess we shall see.

More disturbing is the message this “Companion App” sends our society: No one is safe unless virtually or in real life a loved one’s eyes are upon them ALL. THE. TIME.

We already assume any unwatched child is automatically in danger. That’s why we arrest parents who let their kids wait in the car during a short errand. So it should come as no surprise to find out who this app was designed by and for. As Mary-Ann Russon reports in The tztrfnnbie
International Business Times, “The app was originally designed to aid students in walking home at night across university campuses.”

College students! Of course! Young people who suddenly find themselves…walking on their own. This is so unusual that even in a pedestrian-friendly place — a campus — they don’t feel safe. The app’s list of contingencies reinforces the idea that a walk from psych class to the dorm is a life-threatening event:

Those contacted then receive an SMS text message with a hyperlink in it that sends them to a web page with an interactive map showing the user walking to their destination. If the user strays off their path, falls, is pushed, starts running, or has their headphones yanked out of their phone, the app detects these changes in movement and asks the user if they’re OK.

If the user is fine, they press a button on the app to confirm within 15 seconds. If they do not press the button, or a real emergency is occurring, the Companion app transforms the user’s phone into a personal alarm system that projects loud noises to scare criminals from the scene, and gives you the option to instantly call the police.

So, Sunday morning I was on the British TV show “Sunrise,” talking about — of course — letting my 9 year old ride the subway alone, and the host said, “You can’t legislate other people.”

I thought she meant I was going to try to make a law that says parents MUST put their fourth graders on the subway.

No, she meant you can’t “legislate” other people into not murdering your child, so why risk it?

Actually…I believe we do have legislation against murder. But once again, the whole idea of a child in public, unsupervised, immediately conjured up death. Not fresh air. Not reaching a destination. Not a normal part of life. Just death. 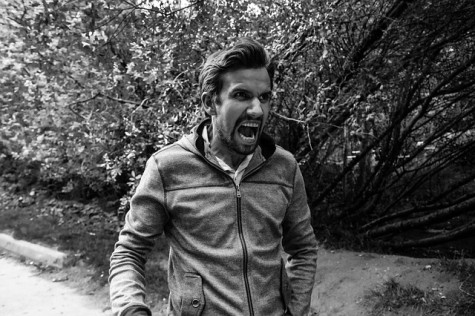 “I Was Groped as a Teen and I’m Trying to Be Upset”
Zach Anderson, 19, Gets Lighter Sentence for Sex with Girl He Thought Was 17