Suzanne idabedsedz
Lucas spent 10 years in corporate human resources, where she hired, fired, managed the numbers, and double-checked with the lawyers. She blogs as the Evil H.R. Lady, and in this post notes how an overblown sense of risk drifts into the workplace. Â This is the same thing we are seeing in the worlds of school, play and parenting. She was commenting on this Wall Street Journal article by Rachel Feintzeig and Alexandra Berzon:

Kyle Bennett and his colleagues recently filled out cards issued by their employer describing the safety risks of a certain regular midday activity. “Walk across the street, enter restaurant, sit down, eat meal,” one wrote, breaking down the task at hand.

So it goes for employees at mining giant Rio Tinto’s Northern Utah operationsâ€”where all workers, including those like Mr. Bennett who works in a suburban office park outside Salt Lake Cityâ€”must fill out cards analyzing the safety of their daily routines.

Safety awareness is serious business at workplaces such as construction sites, food manufacturing plants, mines and oil rigs, where equipment failures or other lapses can result in tragic accidents. For an employee in Rio Tinto’s Utah copper mine, the mandate to document safety concerns might mean jotting down the least dangerous way of moving 1,700-ton electric shovels.

But now field-inspired safety protocols are migrating to the office, where hazards include dripping umbrellas, the height of high heels and hot cups of coffee.

WHY FOCUSING ON SAFETY CAN BE VERY DANGEROUS by SUSAN LUCAS

“Mr. Bennett says he sometimes tracks his lunch treks, noting on his safety card how he will control for every possible threat on the way, from flights of stairs to the busy intersection outside the office.” Is this due to a diagnosed disorder, such as obsessive compulsive disorder, or an anxiety disorder? No. He’s simply followingÂ safety protocolÂ as spokesman for Rio Tinto Kennecott Mine, according to the Wall Street Journal.

I’ve visitedÂ Kennecott Mine, and it is a fascinating and dangerous place with an intense need for safety protocols. But, when people who work across town, in an office building, have to document daily “safety hazards” such as eating bread, it becomes ridiculous.

And, that is the problem, right there. Safety is extremely important, but when we we do not differentiate between real safety hazards (being run over by a mining machine, handling dangerous chemicals) and normal life (eating bread, crossing a street) what happens is we stop taking the real safety hazards as seriously. It’s not that choking isn’t a true danger. It is. But, the chances of anÂ adult employee chokingÂ are very, very small. Most choking deaths happen to small children and the elderly. It’s doubtful that safety conscious companies employee many 3 year olds or many 86 year olds (although, they may employ some of the latter).

So, what’s wrong with having your employees write down that they took small bites and avoided bread as a way to show how safety conscious they are? Well, not only does it distract them from actual work that needs to be accomplished, it makes usstart to believe safe things (eating lunch) is more dangerous than it is and truly dangerous things (operating mining equipment) is less danger than it truly is. If we have to document both activities the same way, we start to think they are equal. They are not. And it should be absolutely critical to remind employees that they are not equal.

I understand why companies do this. They want to be able to document, should an employee be injured at work, that they’ve done everything in their power to prevent such accidents. Got it. They want to lower workman’s compensation claims. They want a safe work place environment. But, at what cost?

Lenore here: That is the same question I ask every day about childhood. Yes, we could try to eliminate every single risk, including ones like crossing the street, but at what cost? Read the rest here! 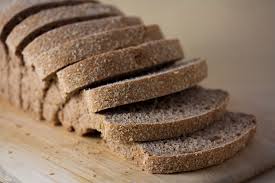 Kindly make a report of your chewing activities so Human Resources can gauge the safety of your mastication/absorption activity.

49 Responses to An Insane Focus on Safety, Including The Hazard of “Eating Bread”